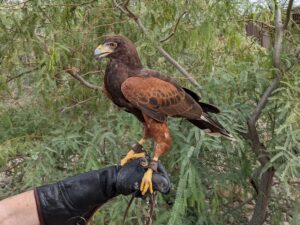 Lobo came to Liberty as a newly fledged juvenile with traumatic injury to his right eye. This injury limited his depth perception making it difficult for him to hunt.  He was classified as non-releasable.