‘Tis getting ready to be the season. At this time, and at almost any other time, I think about philanthropy, and how important giving is to the success of Liberty Wildlife and our mission. In fact, it is critical.

I once had an opportunity to talk to one of our donors about her giving. I was interested in why she felt the urge to give…what did it mean to her and how did she decide to do it. Her response made a lot of sense and started my eon’s long search for how to duplicate that education process in others. Giving by others is the life-blood of a non-profit organization’s existence.

Her response was that she learned “philanthropy from her parents.” Giving was the natural order of things in her home, and the desire to help others was as natural as breathing…second nature. She explained that she had married a man who grew up very differently and that teaching him the value of giving was more difficult…sort of like the old dog and new tricks.

Sometime later l spoke with a father who had brought his young son to one of our events. He explained that he gave his son an allowance with the caveat that one-third would go to something he wanted for himself, one-third went into savings that he would use later when needed, and one-third was to go to a charity that he believed in. Fortunately, for Liberty Wildlife, we were something that he valued and wanted to help.

My feeling was that his little donation was the beginning of a lifetime of philanthropy. YES!

This was a great example of what my philanthropic friend was talking about! It made me think a little farther down the line to the whole issue of gift giving. We all have so much. But, do we really need so much. Maybe we could translate the “giving lesson” to our gift giving practices. Think about it….. 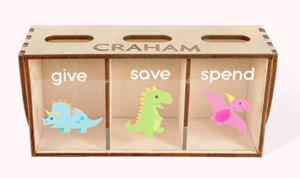 We are so grateful at Liberty Wildlife for all that we have because of the generous giving of our benefactors, large and small. It is generous giving that has made it possible this year to add updated and improved enclosures for our educational animals and to add facilities in which to improve their training practices. It has allowed us to increase the number of animals that we care for during our amazingly busy orphan season. It is this giving that has allowed us to purchase needed medical materials to better do our jobs.

We have also been able to find purpose and meaning when an animal passes. Through our Non-Eagle Feather Repository, we have been able to increase exponentially the number of Native Americans who have been able to receive the needed feathers and bird parts that allow them to continue to connect to their cultural and religious practices. This in turn has had life changing impacts on the lives of many people, and wild animals that might otherwise have been illegally hunted.

We are also able to help the tens of thousands of local residents, just like you, who have needed assistance in caring for the injured, ill and orphaned animals that you found and brought to us for care. We feel that it is important to acknowledge the very compassionate human who goes to the trouble to assist an animal in need. Thank you!

The need is always there. The solution might just be in your hands. Think about the third compartment of your own piggy bank… what you might give to a charity you believe in. And, think about the lives of your wildlife neighbors.

We thank you for the part you play and hope you have a wonderful Thanksgiving.

It seems prudent to say something about the holiday’s coming up, especially since Turkey Day is here on Thursday. But after a week-long vacation in the Florida Keys, it hardly feels like it should be here at all. And while I enjoyed the ocean sunsets and the tepid breeze of Vaca Key, I’m ecstatic to be back in Phoenix where I get to wear my ‘winter’ clothes and hang with the birds again.

For those active members of our Liberty Wildlife community, a heads up: our Intake Window is closed Thursday, November 24 for Thanksgiving. We will resume our normal 8am-6pm schedule the following day.

We’re grateful to all of you for keeping an eye out for our wildlife friends in need. This time of year becomes a non-stop foray of gatherings and shopping and congested traffic; so thank you for keeping that watchful eye, and bringing them to our doorstep to get the help they need.

Hailing from Yuma, AZ and coming in at Intake 10,744, this Red-Shouldered Hawk was flown to Deer Valley Airport last Tuesday with a broken radius/ulna on the left wing (the two bones that connect your wrist and elbow). After X-rays and a thorough examination by both our medical volunteers and vets, it was found the fracture wasn’t severe enough for a pin: which is great news! A figure-8 wrap with a splint—which helps immobilize the break—was placed on the wing, and now this little Hawk is being monitored before getting moved outside.

It’s rare to see a Red-Shouldered Hawk here in the valley, rarer still to have one here at Liberty Wildlife. And for good reason: these raptors, which are smaller than a Red-Tailed Hawk, are migratory, spending most of their time in forested areas where they can hunt from perches. While they certainly can be seen in suburban settings, you won’t usually spot them unless there’s a heady cover of trees close by.

They do this because of how they hunt: they tend to perch high, somewhere near water, and watch for prey below. Once spotted, they soar or glide down quickly, grabbing for mammals, lizards or snakes, and even the occasional toad or crayfish.

If you’re trying to spot them, you’ll have to be mindful of the time of year: November to March is a great time to get out hiking in those forested areas to search for these ‘rare’ hawks.

Give the Gift of Membership

The holidays are officially here; if you haven’t started your shopping already, it might be a good time to start (or so I’ve heard). If you’re anything like me, I have several people on my list who are no-brainers. They’re easy, quick, and I don’t have to put much effort in because that’s just how they are. Then there are the other ones…the ones who make me work hard; how do you shop for someone who, throughout the year, goes and gets what they want when they want it? What about the indecisive person, the one you can’t pinpoint because they can’t decide what they want?

I’ve relegated these people to what I like to call, ‘memory gifts’. These are gifts of making memories, of taking a 3-day weekend with friends to explore a part of Arizona we’ve never been. It’s taking a hike together, or going to a new event somewhere in town. Because let’s be honest, at this stage of my life, making memories with the people I love seems a better option than another engraved wine glass or T-shirt (not saying those are bad, I just have a lot of both!).

And what better way to give a gift of memory than with a Membership here at Liberty Wildlife? With free admission for a year, plus guest passes, stickers and discounts, you can give someone you love the ability to come see their favorite Animal Ambassadors year round. With each membership, you’ll also be helping us to provide rehabilitation to injured, ill or orphaned wildlife, alongside providing environmental and natural history education to K-12 youth in our community.

Migration is a normal part of many Raptors lives. Gray Hawks, Red-Shouldered Hawks, and Zone-Tailed Hawks are commonly known to migrate during the cold, winter months to warmer climates. Swainson’s Hawks fly thousands of miles south to reach their ‘wintering grounds’ before flying back.

But what about those raptors we’re not used to seeing? Our newest intake, the Red-Shouldered Hawk, is a perfect example. With only one breeding pair known in Arizona—in Hassayampa—these hawks are beginning to make their way from California to Yuma. Though still considerably rare to see here, we’re still seeing them more and more.

Our Black Vulture friends who are primarily found in the south are also beginning to make the trek north. Though these birds are known to eat carrion (think road kill), they’re also known to prey on livestock. They especially like to hang around farms for this reason. While they’re usually only spotted during migration, they’re remaining long afterward; it’s quite possible we will start to see them year round.

That leads to the Crested Caracara; typically only found in the south, and rarely in the United States, the largest member of the Falcon family has been seen more often in recent years. There’s even speculation they’ve expanded their territory, and may continue to do so. Here in Arizona, they enjoy the southwest where they can build their bulky nests in large saguaros and have plenty of hunting grounds.

I’m sure you’re wondering what this all means…truth be told, it’s hard to say. There’s little information regarding it, and plenty of consideration about why. For now, all we can do is keep an eye out, keep track of what we see, and in the coming years hope we understand why it’s happening at all.

I know I’ve said it time and time again; this is my favorite section…and usually, I have a ton of extra pictures I’ve taken to show you awesome people what happens here at Liberty Wildlife week in and week out.

As it turns out, that’s a little harder to do when you’re on vacation for a week. While I do have a few—because, of course, I will always have a few—this will be a little short this week. With that being said, I’ll be sure to make up for it the next go around.

Without further ado, here are this week’s notable mentions:

Western Screech Owl who was rescued by Payson Police Department a few weeks ago (1 picture) (you can find the story here!)

Marshmallow and Hershey cuddle on a cold afternoon (1 picture)

Poppy gets cuddly in her blankets (1 picture)

Our first baby Barn Owl of the season (1 picture)

Remember the Intake Window is closed for Thanksgiving, but we’ll resume our normal schedule the following day. We’ll also be here for Public Hours this weekend from 10am-1pm, so make sure to drop by and say hi to all our feathered (and scaled and furred) friends! 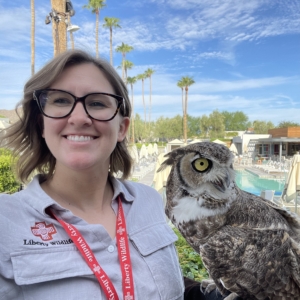