I have been a champion of nature for as long as I can remember.  There wasn’t a tree in the yard that I didn’t climb, a creek I didn’t explore, a snake or lizard I didn’t capture (temporarily) and a bug safe from my examination….and the birds…my mother’s favorites fell under my spell also.  The original tomboy and nature buff grew up and is now similarly engaged in a new fascination….biomimicry!

Even at my age….don’t go there….I find myself so enchanted with what appears to be a new look at nature, and is really as old as humans coexisting with animals.  What does it mean?

Very simply put biomimicry is a discipline in which designers look to nature to solve human problems.  It is about time!

Some common examples that you might be aware of but not aware of where they came from are the following:

At our Sunday Speaker Series yesterday two guests from ASU, Michelle and Joe, shared information and kept the crowd spellbound. In a discussion with them afterwards I mentioned that we were planning a summer camp on biomimicry for kids. Their response was overwhelming. Kids are naturals at solving problems using nature observations.

There is so much to this subject.   We look forward to introducing this to youngsters to get their take on nature observations.  It is just one more reason to get out and observe what is all around us.

And, if you haven’t been engaged in our Sunday Speaker Series, you have missed out.  Also, start watching for announcements for our monthly Nature Hikes along the Rio Salado. There is so much more to nature that we need to appreciate and take advantage of.  Pay attention, engage, and join in.

After a short break, we’re back on track with a Thanksgiving edition of TW@L.  The rate of window arrivals has slowed to a trickle, but we still blew past the 9,000 mark and are marching steadily upwards – and there is still 6 weeks to go in the year! Animals are still coming in and we have a new vet volunteering for us. More events are in the planning  but the biggest story for this update is Wishes for Wildlife 2018. I left town the day after the event so I apologize for the delay in getting the information out but suffice it to say that it was a big success! We learned a few lessons putting the first on-site W4W together, and the next one will no doubt be bigger and better!
I am re-running a short video slide show from a few years ago in honor of Thanksgiving Day which I hope you’ll enjoy (any new volunteers from the last 8 years probably haven’t seen it anyway!)
ALSO, if anyone wants to come out to Liberty the day after Thanksgiving (next Friday morning), we are planning on trimming our tree in the lobby and you are invited to help out!

A couple of accipiters came in recently (Cooper’s hawks and sharp-shinned hawks). They were examined on vet night and began treatment in our care. Judging mostly by their eye coloration, these are young birds who are out making the mistakes of youth – running into things as they chase after other birds. This is a usual occurrence this time of year and the lucky ones find their way to Liberty for a second chance at life.

We are very fortunate to have a new veterinarian on our roster. Dr. Danielle Semick has joined the Medical Services team and was on hand last Tuesday for vet night activities. Checking out an injured kestrel and a coot with a leg issue were just a couple of the things that were on the “to do” list. Jan and Sarah were also here to take X-rays and other duties that require experience and professional qualifications on a typical Tuesday afternoon. Welcome to the team, Dr. Semick!

A group of vet-tech students toured last week.  This group was from Mesa Community College and are learning first hand what is involved in this program. Hopefully some of them will want to volunteer here at Liberty when they complete the course.

(look for one picture)

As we said earlier, our first ever on site Wishes for Wildlife event was held on October 20th.  By all reports, everyone that attended had a great time. John Glitsos kept everyone entertained and informed about what was taking place while the evening progressed. Some fabulous food was served to the attendees and the bartenders were kept busy as the night wore on. Chris Parish was on hand to give a great talk on the progress of the anti-lead program in the west, and a successfully rehabilitated barn owl was released in front of the crowd. All-in-all, it was a memorable evening for our first on-site major event!

Finally, a Thanksgiving wish from all the volunteers and staff at Liberty Wildlife. I’m taking this opportunity to re-run a video that I first posted in 2007 and although the quality might not be up to today’s standards, if I re did it today, I’d never get the soundtrack past the YouTube censors (they’re getting a lot more picky about using published audio…) 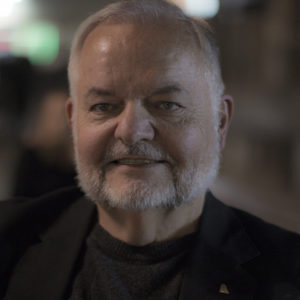