I’ve been encouraged over the past couple of years to watch “Tiger King” and other salacious documentaries about the exploitation of wild animals. I just can’t bring myself to watch these. It has become trendy for zoos, falconers and independent entertainers to purchase captive-raised wildlife, including birds to either use in falconry or to use as props for entertainment venues and for zoo collections. These birds cannot and will not be released back into the wild, as they are often non-native, “designer”/hybridized animals, or offspring of native captive birds.

While it is done frequently these days, it completely flies in the face of what we, at Liberty Wildlife, stand for. Our mission has always been and always will be primarily to rehabilitate and release animals that come to us orphaned, injured, or ill that we assess will have a quality of life in the wild. In adhering to these values, we hold that wildlife ideally belongs in the wild doing what it was designed to do…find a mate, raise offspring and help keep a balance in the natural world.

Realistically speaking, not all of the wildlife we take in is releasable. If they are too compromised or mal-imprinted when they show up at our door, we give them a choice. They can choose to make a job change. Some of these animals get to learn the skills of being educational ambassadors for their species. If they are suited to handling close proximity to humans, they can go into a training program where they adapt to procedures that keep them safe and healthy. They are treated with the utmost respect and are given a consistent and interesting life. A trained team of handlers sees to their care, enrichment, upkeep and training.

In considering the training, we are very consistent that what we portray to the public in our programming is closely similar to what these animals might do, and what guests might see, in the wild. It might be exciting to have an owl fly in between two people, but it certainly will never occur in the wild…so what is the point? In my opinion, the grandeur of the animal is not in what you can train it to do…training unnatural actions isn’t important. The important thing is to show its pertinence to the natural world…to show why it is imperative that we keep a healthy environment.

Wildlife is fascinating enough without teaching them “tricks.”

If an animal exhibits the slightest sign of stress or annoyance from the training or the task we ask of it, it is given another choice of jobs. At Liberty Wildlife, they can become foster parents to orphans that are not able to be raised by their parents in the wild. These orphans have blown out of nests; trees with active nests have been cut down; the parent has died, etc. In most cases, these are wildlife that have been brought to us by caring individuals throughout our community or called in to be rescued by our rescue and transport teams.

(Read more how you can help injured or orphaned wildlife.)

When possible we try to reunite parents with babies, but it is most often just not possible. That is when the foster parent program saves the day…and over the years more animals than I can count have been returned to nature…wild as when they came in. No mal-imprinting happens when fostering is used. Each animal learns to be that animal…not the human who tried to raise it alone. But, that only works if you have willing foster parents. Luckily they seem, in most cases, hard-wired to raise babies. Even the toughest great horned owl jumps to the job of feeding helpless orphaned baby great horned owls with great success hundreds of times during the season.

The alternative to a productive and unfettered life would be euthanasia. But, we see no point in taking the life of an animal if its quality of life is good, and it has the tolerance for change. This is strictly adhered to.

Every life, wild or not, deserves a chance at freedom to be who they are supposed to be. We take seriously the trust you put in us to stay committed to carrying out our primary mission of rehabilitation and release.

This past week I had the pleasure of spending some time at the intake window, taking in animals that the public brings to us for care. At the window, you get to see the variety of animals that come to us for care, as well as meet the wonderful people who care enough about wildlife to drive them to our facility.

While there, I noticed an interesting trend.  It seemed like a lot of pigeons and doves were coming to us from near where I live in Tempe. I found this curious, as never once in my 5 years of living in Tempe have I ever come across an animal needing help. I’ve gone out on rescues, sure, but never have I happened upon it naturally in my every-day life.

I ponder this as I’m driving home for the day, and it’s still on my mind as I take my dog for our evening walk. My dog has a very strong prey drive, so anytime we come across one of the many stray cats in the neighborhood she is sure to let me know. As we’re walking, she perks up and sits at attention while staring towards a drainage pipe. I see a black cat sitting in the pipe. This must be what has gotten her attention. But no! I notice her head isn’t quite pointed towards the cat’s location. I also notice the cat looking at something, near where my dog is looking. Wouldn’t you know it, cat, dog, and now human have found a nestling dove!

Now the best thing to do when you find a nestling out of the nest is to put them back in the nest. No dice there. I couldn’t spot a nest. Leaving the little dove to be cared for by the mother dove would subject it to the cat in the drainage pipe. Not a good solution. So, I did what thousands of people this year have already done. Put it in a box, kept it somewhere warm, dark and quiet, and then brought it in to Liberty with me in the morning. If you find a bird in trouble and aren’t sure what to do, check out our website FAQs here: https://libertywildlife.org/emergencies/caring-for-injured-animals/. If you still aren’t sure what to do, call our emergency hotline at (480) 998-5550. Leave a message and a hotline volunteer will call you back to walk you through it.

What would you get if you mixed a turkey vulture with a peregrine falcon? The result would be a lot like a crested caracara. Technically in the falcon family, the crested caracara is a scavenger that behaves more like a vulture than a falcon. Crested caracaras are classified as a threatened species in the United States. They are only found in southern states such as Florida, Texas, Louisiana, Arizona, and New Mexico. In Arizona, they are only found in the southernmost sections of the state, closer to the US-Mexico border. They are somewhat common throughout Mexico and Central America.

Maya was transferred to us from another rehabber in southern Arizona. The reason she is non-releasable, per our vet, is: “It [Maya] arrived with old healed fracture to the distal humerus and distal ulna on the right wing. The humeral fracture healed at an inappropriate position that causes a wing droop. This bird does not fly therefore it is non-releasable into the wild.”

Fun fact (that I just learned): A fracture is distal if it is away from the body, and proximal if it is near the body. On your arm, if you were to fracture your humerus (the bone between your shoulder and elbow) closer to the shoulder, it would be a proximal humerus fracture. If you were to break it closer to the elbow, it would be a distal humerus fracture. The more you know!

We currently have 3 different species of orphaned woodpeckers in our care. The first one pictured here is the most common we see at Liberty, a Gila woodpecker. If you have a woodpecker giving you trouble in Phoenix, chances are it’s a Gila! Gila woodpeckers typically inhabit saguaro cacti and provide nesting habitat for other desert cavity nesters once their brood has left the nest.

We are always growing! Pictured here is the Orphan Care (OC) annex. The OC annex will give us an area to help acclimate the growing orphans to the heat before moving them outside-full time. When an orphan comes in, depending on its age, it is put into a brooder. Once it is old enough to regulate its own temperature, it is moved to a bin. Once it is self-feeding, it is moved from the bin, to the OC annex where it can start acclimating to being outside. Then, once we are sure they are self-feeding and they have most of their adult feathers, they are moved to the aviaries to make new friends and get plenty of exercise before being released!

Thank you to Rick E., Loren E., Brett E., Brooke P., and Ken P. for all of their hard work putting together the OC annex! 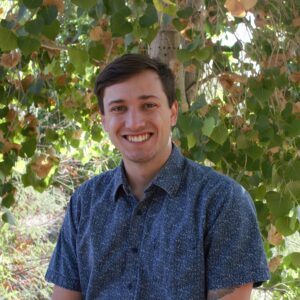