Last night summer started and Father’s Day ended…seems like a lot of significant energy. The summer solstice happens annually sometime between the 20th and the 23rd of June, when the sun reaches the northern most point from the equator resulting in the longest day and the shortest night.  For me it is like coasting downhill the rest of the year.

I love the summer solstice with its shortening days.  For those of you who do not live in the southwest desert that means slowly declining penetrations from the sun.  For me, that is a relief!  Another upside is that I don’t have to run from shady spot to shady spot or get out for my daily walk at 4:30 in the morning.  That is a relief!  It also means that slowly but surely, the temperatures will start becoming reasonable…in a month or two anyway.  That is surely a relief.

Yesterday was also the recognition of Father’s Day, which by all rights should probably go on longer.  How can we recognize all of the efforts of good ole Dad in just 24 hours?  At Liberty Wildlife, we have a long list of foster Dads who take on the job of raising a plethora of babies that aren’t their own flesh and blood.  They do seem hardwired to do it.

One group of dads who do a splendid job on sort of alien kids are Bert and Ernie.  Burt and Ernie are foster quail dads.  They serve as surrogates for a burgeoning covey of Gambel’s quail, but they are Northern bob white quail.   They seem to be just fine with another “color” of quail babies and are willing to stand in for daddy Gambel’s quail who doesn’t see another dad’s kids as his own…and the quail mamas….well, just no way!

The foster dad (read parent) program at Liberty Wildlife is wildly successful.  There are a number of great horned owl, red-tailed hawk, barn owl, Harris’s hawk, kestrel, screech owl and assorted other species of foster parents who for some reason or another are not able to be released back into the wild, but who are willing to take on a huge number of babies throughout the season to “raise”.  They protect their charges and teach the things we don’t know about being an owl, hawk, falcon or quail.

The importance of this foster program is huge.  For me, one of the saddest scenarios is the incident of an animal who gets imprinted on humans.  The imprinting process is a little mysterious.  The time of imprinting is different with species. The timing can even be different within varieties within species, so all efforts need to be made to insure that healthy imprinting occurs!  Intentional or accidental mal imprinting of an animal in our charge should not ever happen if possible…no matter the reason.  The animal deserves to be the animal it was born to be.  It deserves to live the life it was born to live and that doesn’t happen if it is imprinted on humans.  It is doomed to be what it wasn’t intended to be and that includes a life in captivity.

At 11:28 last night (Sunday), we passed the summer solstice – my favorite day of the year. I wait for it, not because I’m a closet Druid, but because for the next six months, the days get shorter, meaning less sunlight, meaning less heat! The next few weeks might be more oppressive since the humidity will probably increase (if we’re lucky, we might even see some monsoon activity!), but over all, the fewer hours of sunlight ultimately means temps will decrease slowly. A lot of the wildlife issues we see this time of year are temperature related and Liberty goes to great lengths to mitigate the problems excessive heat causes the animals in our care. Climate change is NOT a hoax, and we all need to do as much as we can to be a part of the solution. Thanks to the constant effort of our volunteers and the support of some of our corporate partners (namely the Avangrid Foundation in partnership with Avangrid Renewables), the birds and animals on our property suffer a little less in the heat. Again, thanks to all you “COOL” people!

Construction and addition never stops at Liberty. As the operation grows, a natural evolution occurs and we adapt to what is needed. One of the new additions is an outside enclosure for training birds that will be used in Education. This is located just outside of the break room on the north side of the medical wing. When the temps allow its use, birds will get initial flight training and conditioning prior to entering educational programs. Another new structure is the nest box on the north side of the big classroom. It was meant for woodpeckers, but maybe screech owl could use it as well. Installed a little late in the breeding season, we hope it’ll get used next spring.
For some time, the walkway leading to the intake window had no shade for people waiting to drop off birds and animals. This was a concern, especially in the summer months and during social distancing procedures. Recently, Boy Scout troop 440 got a volunteer group together and installed permanent shade panels over the sidewalk to provide a bit of shade for incoming animal drop-offs. Thanks, guys!

As the temps hover in the “Excessive Heat” realm, efforts are taken to provide at least some relief for the birds who remain in our care for a protracted period. Since the humidity is so low (at least prior to the possible arrival of monsoon activity), evaporative coolers work really well. With this in mind, one of Liberty’s long time friends the Avangrid Foundation in partnership with Avangrid Renewables donated several portable outdoor swamp coolers to provide some mitigation of the high heat conditions in a few of our enclosures. Included with a number of smaller units were two large, industrial evaporative units that provide temperature drops for some of the mammals we have and the California condor in our care. In addition to these high-tech remedies, a group of volunteers also come in each day the temp gets over 110 to provide a spray of cool water to the birds in their enclosures. The hawks and owls really seem to enjoy the daily hose showers in the heat of the late afternoons…

One of the unfortunate side effects of the prolonged drought and heat is the increased occurrence of trichomoniasis. Transmission of this parasite is most likely through contaminated food or water which are exacerbated during prolonged dry periods. Doves are the primary vector as they routinely “backwash” as they drink from the diminishing water sources, thus contaminating the entire supply. In addition, birds such as Cooper’s and sharp-shinned hawks as well as kestrels which prey on smaller infected birds are then infected. They will then pass it along their own offspring. These “avian specialists” are routinely treated for canker as trichomoniasis is often called. This is to try to prevent contamination of the enclosures as canker is readily transmitted by contact. The need for more space for isolation makes a large outbreak even harder for the Medical Services team to deal with so prevention is the main weapon.

While we always see a large number of red-tails, great horned owls, and kestrels, we do take in some interesting birds and animals throughout the year. Recently we took in a baby bald eagle that has been released a few times over the past few months. It appears he always runs into problems and can’t  seem to get the hang of being what he was designed to be. He’ll be kept with us until he gets a little bigger and stronger (maybe smarter?) and then be again released in an appropriate location where he’ll be monitored to see if he can thrive in the wild.
The little screech is a fairly common visitor to Liberty, as are the red tailed hawk and the great horned owl which all receive great care no matter how common they are. Less frequently brought in to the intake window is  this little ladder-backed woodpecker. Not as common as the Gila woodpecker in the Phoenix area, they do prefer areas with fewer trees than others sapsuckers and woodpeckers.
Finally, we took in a Sonora mud turtle. This little guy is considered near threatened, mostly due to habitat loss. Considering the extent of the current drought conditions, it’s surprising he was found at all. We’ll provide a healthy environment until we can figure out where to release him.

While Liberty is known for the work we do with eagles and hawks, smaller birds who find their way to our window can get the medical care they need as well. We do lots of rehab work with the many dozens of kestrels with which we are presented each year. Kestrels are the smallest falcon in North America and are frequently brought to us as “baby hawks” by people who find them on the ground needing help. Whatever their presentation, they are all examined, given fluids, fed, and as noted above, automatically treated for canker.
We also are taking in a growing number of the more prosaic species, like the expanding colony of love birds that now inhabit our local environment. Love birds are also given a complete medical examination, administered fluids, and treated for any medical issues they may have. Then depending on their age, taken to Orphan Care to be fed and kept warm and safe until they are old enough to feed themselves.

We are deep into the busiest time of our year at Liberty Wildlife. Last Wednesday, we took in 150 animals which is not unusual for this time of year. Once the monsoon starts, the daily intake will hover around this number until it begins to taper off in August. Trying to keep up with these numbers is difficult, but all the volunteers pitch in and work it one day at a time, providing the same level of care as when it’s slow in the fall and winter. The biggest challenge is finding space for the ever increasing total of new patients that never seem to stop arriving. Ingenuity is the key to making the system work under the weight of more and more arrivals every day. Add to that the dedication our volunteers have to helping the wildlife of Arizona and you see that nothing will deter them from their task. 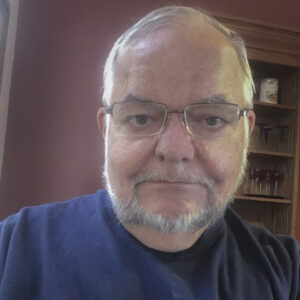