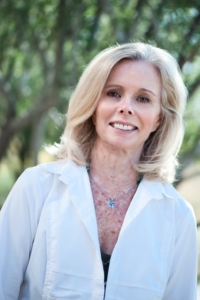 More than I care to, I am compelled to write about a negative topic.  Today’s blog is one of those times.  I warn you in advance.

There are some things we just shouldn’t do; no matter how desperate we get.  One of those relates to the use of sticky traps.  They are many reasons for this, and we have covered them ad nauseam…yet still we get in traps with as many as four different “non-pest” species stuck in an unmerciful situation…trying to chew themselves out or struggle free of a slow death.  Too often the freedom doesn’t come in time.

Enough said on that negative topic.  But there is one more too real situation that occurred this week…

I can imagine it started something like this.  It was night.  The nocturnal critters were about.  A wily old grey fox crouched motionless, blending into the night landscape, as it was designed to do… tracking the rodent with its eyes and nose first, before perfectly timing its pounce.  Success…well maybe not. Because here’s the rest of his story…

Last week we received in our hospital an adult grey fox.  It was older, and appeared healthy, in good weight, yet it was struggling.  We applied all of our usual course of triage and assessment, but before we could even find out what was wrong with it, it died…no second chances there.

The veterinarians examined it and reported that it had bled out internally.  We couldn’t see a thing while internally its cavities were filling up with blood.  Undoubtedly, it had taken the opportunity of finishing off a rat that appeared as a target…but unknown to Mr. Fox, his dinner (Mr. Rat) had been poisoned with a rodenticide.

Rodenticides are non-specific killers. And because of this we strongly discourage their use! Yes, these deadly poisons will do the job on the rat. They will certainly cause the rat’s blood to stop coagulating.  That is what the poison is designed to do. Yet, the rat can still, for a while, walk around and look like a meal. And too often, like with Mr. Rat, there is a second victim, in our case, the grey fox, which will experience the same symptoms.  It will probably start with burning in the eyes and throat.  It may then have seizures and experience weakness in its limbs.  Respiratory paralysis is then followed by vomiting, and at this point, the animal is not only vulnerable but would probably welcome death. Eventually, it gets its wish.

But what a horrible, painful, and cruel way to go!

I understand that vermin can be annoying.  I know they can cause damage and expenses.  I know the population can get out of balance. But by eliminating the natural predators like foxes (and also owls, hawks, snakes, and many other wildlife species), we are sabotaging the balance that nature has designed to alleviate the pest problem.  In this case, the healthy old fox probably had spent a good part of its life dining on those pests…doing its job!  Its death is so incongruent.

Whether or not you care about the death of a rat, or for that matter the secondary death of an innocent fox, owl, or snake, you might feel differently if the next victim was your pet dog or cat…or your neighbor’s.

There are other, better, more humane ways to deal with the problem of rats.  Do some research.  Don’t be part of this problem.  Stop the chain of secondary poisoning.

When I checked last week, we were 627 ahead of last year’s intake number on that day and time. I guess it wasn’t a fluke, people are finally figuring out that we’re here, and that when they find an animal that needs help, there actually is a place to which they can take it. With the advent of a real monsoon this year, the number of intakes will probably spike, but that’s what we’re here for. We can then look forward to a time when the temperature will moderate, the baby birds will begin to mature, orphans and rehabs will get released, and things will calm down just a little! Maybe we’ll actually have a “Fall” this year…

I’m including a couple of updates on previous patients in this post, just in case you were wondering. You may recognize the bobcats, the pelicans, and the condors…

In the past two weeks, we have been able to release over 100 birds and animals. This is always a great day for both Liberty and the creatures that are returned to the wild after successful rehabilitation. The privilege of getting to actually do a release is offered to the volunteers who took part in the care and feeding of the animals while they were at the facility. There is never a shortage of people wanting to get in on this operation which is somewhat ironic as the rehabilitation might take months of dedicated work, while the release is usually over in a matter of seconds. (Although I have released a few birds that had to be shaken out of their carriers and once out, turned to look at me as if to say, “I suppose this means no more free food?!”)

Liberty Wildlife is one of the only facilities east of the Sierra Nevada Mountains that performs medical work on the Arizona colony of California Condors. Presently there are two birds in our care:  a juvenile that had an unsuccessful fledge resulting in an injury, and a young adult that was injured in a flying accident near the Grand Canyon. The usual problem condors have is lead poisoning from consuming carcasses that have been shot with lead ammunition. While the Peregrine Fund has been increasingly able to perform more of the treatment for this issue at their facility near the Vermillion Cliffs, more severely injured birds are still brought to Liberty Wildlife. We have applied to be able to retain one or more of these non-releasable condors for use in both education, and more importantly as a possible blood donor for birds requiring transfusions.

People still ask if we only provide care for birds, and the answer is an unequivocal “NO.” Certainly, the set-up to handle mammals, especially mammals larger than rodents and lagomorphs, is different from that required for avian species. Because we are still gaining experience with handling mammals, when we take in mammalian species, we frequently outsource them to another facility that has more appropriate accommodations. But, we still get in some mammals that we feel we can help. We currently have two bobcats under treatment. One young cat came to us from an APS substation with an eye injury. It turned out to be infected and was not treatable, so Dr. Wycoff surgically removed it. He has been doing well and we would like to add him to our educational permit. The other bobcat was shot at the Sky Harbor airport and seriously injured his leg in the subsequent fall. This cat also underwent surgery at Liberty and is still a possible candidate for eventual release depending on how much his mobility improves.

Historically, we take in a number of brown pelicans each year. Wayward ocean birds. mostly inexperienced juveniles, get lost in storms blown in from the Gulf of California and often only need a ride home to blue water. Our usual procedure is to transport them to Sea World San Diego where they can be evaluated and given any last-minute preparation prior to being released back on the coast. While I was still flying for America West, I was always able to set up any pelicans as air cargo on the short flight to San Diego. There they were met by representatives from Sea World for the last few miles of the trip. But since airline magnanimity isn’t what it used to be, and retired captains don’t carry much weight, we now need somebody to drive the birds at least as far as Yuma. Do we have any takers…?

We are currently holding and caring for 11 buntings of various species for US Fish & Wildlife.  Buntings are little finch-like birds that can be colored like rainbows. There are nine species of buntings in North America, and several more in Asia.  In this part of the country, we have Varied, Lark, Lazuli, Painted, and Indigo buntings. We were asked to take care of these pretty little birds for US Fish & Wildlife until such time as they are no longer in need of sequestration and can possibly be released.  I am told these birds are somewhat prized in Cuba and are sometimes used in competitions for singing, color, and various other contests. In any event, they are a gorgeous addition to the large classroom in the interim.

No matter what time of year, we always seem to get in more than our share of baby cottontails. This little guy was left in a shoebox on the ground, outside of the new rolling gate. We’re not sure if it was left the night before or early in the morning but the box was covered with ants when Susie retrieved it. The bunny had a fairly deep, but not very serious gash on one hind leg which Tori was able to first clean, then suture closed. Otherwise intact, he will spend some time in the bunny room growing up in the care of the dedicated volunteers.

Tuesday afternoon is when the volunteer veterinarians (and student vets) come in. New patients get assessed and previous intakes are examined and evaluated. The normal progression is from Triage to ICU to an outside enclosure and eventually – we hope – to release. With the weekly ebb and flow of intakes, there have been days when the small enclosures in Triage have been full, as have the larger ones in ICU. Then, there are days when most of these holding areas are mostly empty. But no matter what the situation is in terms of intakes, all arriving animals get top quality care from the Medical Services team under the supervision of Jan Miller, CVT, Animal Care Coordinator with 34 years of wildlife experience at Liberty Wildlife. 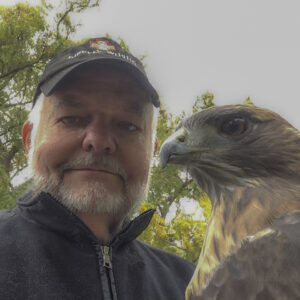