Nature knows that every season brings risks and opportunities. May is when ironwood trees produce clouds of tiny orchid-like blossoms in delicate lilac hues, transforming the trees into visions of beauty. The blooms attract and sustain a buzzing conflagration of Centris pallida, commonly known as digger bees. Male digger bees detect females, still lingering in their underground burrows, and furiously dig them out. Mating occurs immediately and the female buzzes off to the nearest ironwood and its nectar-laden blossoms. In May breeding season is in full swing, and the desert provides a plentitude of food for avian, mammalian and reptilian babies. Protein-rich seed pods hang for easy picking on every legume tree.  The multitude of insects that hatch out in May provide important nutrition for baby birds, lizards and snakes.

Nocturnal activities heat up as well.  Cactus such as saguaros, queens-of-the-night and senitas blossom by starlight.  Mexican free-tailed bats follow the bloom of cacti up from Mexico and arrive in Arizona in May. This bat can fly 60 miles per hour at elevations of 9800 feet, and may travel as far as 800 miles on its migration route. 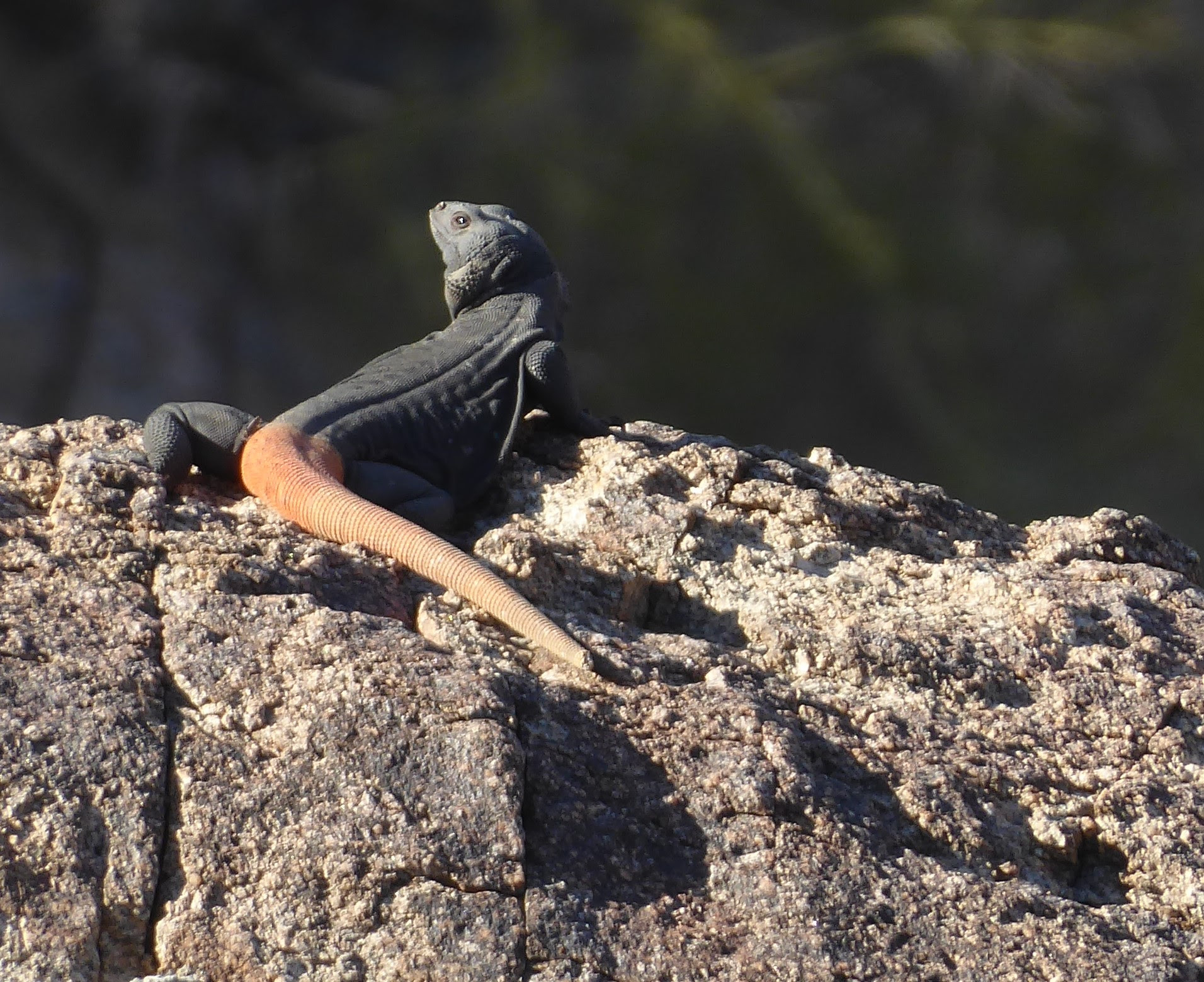 Warmer temperatures bring on the reptiles. Desert spiny lizards, desert iguanas and chuckwallas come out of winter burrows to bask on sun-warmed rocks and to watch for insect prey. Snakes end their hibernation and might startle hikers and homeowners with their sudden presence. One of the more common and widespread of our desert snakes mimics the rattlesnake in appearance and behavior and is often killed as a result. The gopher snake, also called a bull snake, is a big, heavy-bodied snake – four to six feet long. A cornered gopher snake can react aggressively, hissing and coiling into a striking position while flattening its head into a triangular shape. It rattles its tail ominously, and if the snake is in an area of dry leaves this will sound like the real thing. But check out the banded tail and note the absence of rattles. Despite the impressive display, a gopher snake is harmless to humans and is in fact extremely beneficial, as it consumes large numbers of rodents.

Hot, oven-dry air is typical of early summer, but don’t let it hold you back.  Get out and see what’s going on. You might spot a snake, see an unusual bird passing through on migration, or you may find a baby bird on the ground. Remember, mom and dad are probably not far away. If it does look like the baby is in a dangerous situation, you know who to call.

How do you think animals survive in the wild? Don’t you think it would take a lot of work? Well, their unique adaptations and abilities allow them to live in the most efficient way possible. It’s a biological mechanism by which organisms adjust to new environments or changes in their current environment. Adaptations can be a physical part of the organism or a behavioral one. These affect how an organism responds to situations and how easy it is to survive.

Road runners have unique adaptations allowing them to thrive in the desert. They obtain water from their diet to stay hydrated and rid themselves of excess salt from their high protein diets with the specifically adapted glands near their eyes. This makes it easier for them to survive in the harsh climate of the desert with limited access to water. Another unique trait is their abnormally long tails which make it easier for them to balance when running in search of prey and escaping danger. 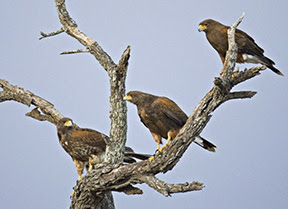 Harris’s hawks have developed a social adaptation to hunt in groups. This tactic has shown to be more successful at capturing prey while each individual expels less energy hunting. Not only do they hunt together, but they also raise their young together. Sometimes, there will be three adults to one nest. Now wouldn’t that be nice to have an extra parent around the house to help raise the kids? The Harris’s hawk also practice a behavior known as “back-standing”. This is when a few birds will stand on top of each other to see over a larger area, making it easier to spot predators or prey.

The Gila monster, the first venomous animal in North America to get legal protection, has few natural predators. Its tongue provides the lizard information about its surroundings, aiding in its hunting. They store fat in their tails for extra energy when food is scarce. They only need to eat three or four meals per year to survive. 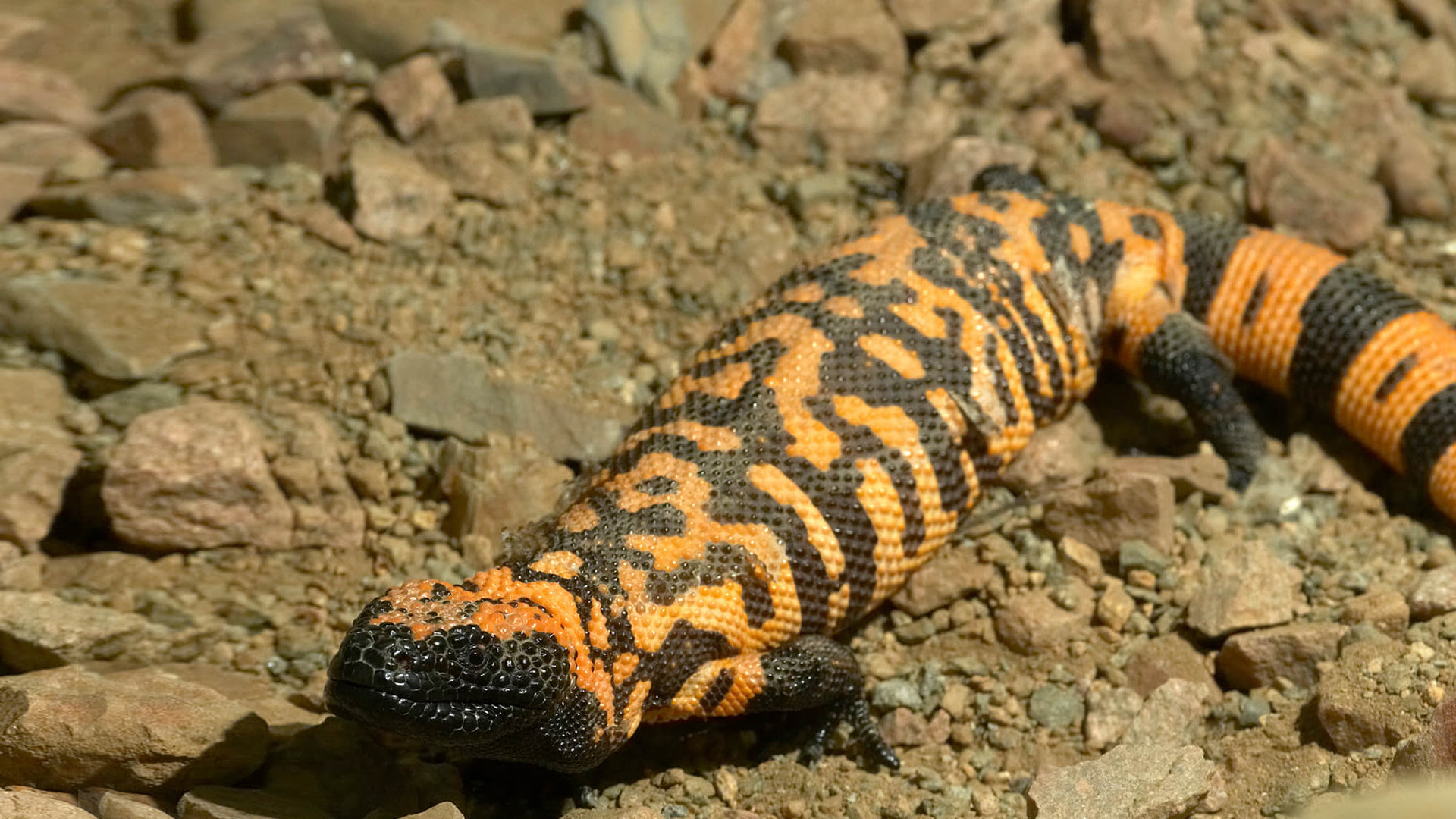 These are just a few animals that have unique adaptations to help them survive in their environment. Each living organism has something about them that is special to their survival. Adaptations will stick around if they’re working hard, but will go away if they are hardly working.

Arizona lies on the western slope of the Continental Divide and all of its rivers flow toward the Pacific.  Most of them run west-southwest; none to the east; but 3 flow north-northwest – The San Pedro, Santa Cruz, and Little Colorado.  This month we are exploring the San Pedro River.

North-flowing rivers are not defying gravity.  Parts of southern Arizona are higher than central Arizona and so these rivers flow downhill (or north/northwest).

The headwaters are in Mexico 40 miles south of the border near Cananea in Sonora.  It will then flow north roughly 190 miles to join the Gila River at Winkelman.  It is one of the few undammed rivers in Arizona.  It is fed by the Babocomari River and Aravaipa Creek, and the Whetstone and Huachuca Mountains. It will flow north (above and below ground) past Hereford, Sierra Vista, St. David, Benson, and Dudleyville before it joins the Gila.

The San Pedro Valley has been inhabited for at least 12,000 years.  The earliest people hunted mammoths whose bones are now found in the banks of the river and its tributary creeks.  They also irrigated crops in this highly fertile and lush area.  Father Kino came several times in the late 1600’s.  The search for gold brought the Spaniards including Cabeza de Vaca and Francisco Vasquez de Coronado who marched down the river trail of the San Pedro.  The San Pedro flows in volume only after flash floods and the river bed would have been used as a roadway by early explorers.

It was and remains an important transportation corridor and migratory path for an abundance of mammals and birds.

An early threat was overgrazing by longhorns driven from Texas.  Other threats currently are overgrazing contributing to erosion, ongoing severe drought conditions, the new border wall, and overuse/over-pumping of groundwater for urban use, such that the river runs underground in the majority of areas and has even gone dry.  Riparian vegetation depends on groundwater. Drops in water table levels makes it harder for willows, cottonwood, and mesquite to find water to withstand our drought periods. Copper smelters both in Mexico and the US in the past have released pollutants.

Efforts towards preservation and restoration are ongoing.  Get online and do some research, become informed on all the issues, and make a decision to help in whatever capacity you can.  It has been claimed that 90% of Arizona’s rivers have been altered by human activities of some kind to varying degrees – that is good news/bad news.

Interesting fact:  An earthquake as powerful as the San Francisco quake of 1906 happened on May 3, 1897 with its epicenter just south of the border near San Bernadino Ranch in SE Arizona.  It damaged buildings in St. David and others in the San Pedro Valley.  It caused swamps and cienega areas in the St. David area to disappear while many existing wells began to flow under artesian conditions.  Artesian wells in that area were discovered in the 1890’s when water flowed temporarily from a ground fissure opened up by the great earthquake.

Sources:  Where Water Flows – The Rivers of Arizona, by Lawrence Clark Powell.
and Changing Rivers:  How People Have Affected The Rivers – Water Resources Research Center, College of Agriculture, The University of Arizona, March 1997 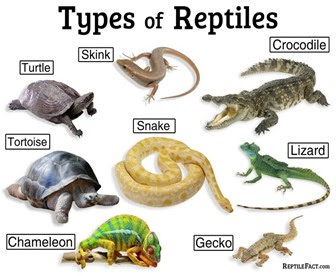 What makes an animal a reptile?

Check out these two videos.
https://video.search.yahoo.com/search/video?fr=mcafee&ei=UTF-8&p=reptiles+for+kids&type=E211US714G0#id=60&vid=cff2521201a743bfec6de03a179f1679&action=view
https://video.search.yahoo.com/search/video?fr=mcafee&ei=UTF-8&p=reptiles+for+kids&type=E211US714G0#id=67&vid=0dbe0979279d205a2675e94d42d4a2d6&action=view
Have you seen any of the pictured reptiles above in the wild?
These two links talk about the Gila monster, rattlesnake and desert tortoise in the wild.  Be sure to scroll down to the videos.
https://kids.nationalgeographic.com/animals/reptiles/facts/rattlesnake
https://kids.nationalgeographic.com/animals/reptiles/facts/gila-monster

Ever wonder how those Geckos manage to stick to everything, even upside down?  (I have!)
https://kids.nationalgeographic.com/animals/reptiles/facts/gecko

You’ll find great gecko facts and an answer to the question in the video at the end.

Want to learn how to draw 2 really cool reptiles?  The first is a very realistic lizard and the second is an easier desert tortoise.

If you’d like to see some reptiles up close, come to Liberty Wildlife!