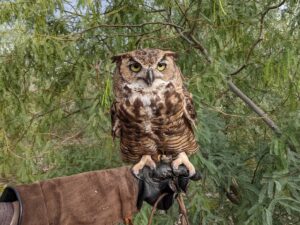 Snickers was found on the ground by well-meaning rescuers.  She had no apparent injuries.  She arrived from her rescuers as an imprint.  Interestingly, she was named after the candy bar because of her facial coloring!