An ungulate is a large mammal with hooves (odd- and even-toed) such as horses, rhinoceros, giraffe, cattle, sheep and deer. The toes or hooves are actually enlarged toenails.

There are 3 species of deer – mule, white-tailed, and Coues.

Our Rocky Mountain mule deer are known for their large mule-like ears with acute hearing, one of their chief defenses along with eyesight, camouflage, and running. They favor foothills, brush canyons, and deserts feeding on a variety of grasses, mesquite, and seeds. They will occasionally feed on moonlit nights. White-tailed deer live at higher elevations in the mountains. In the Americas, it is the most widely-distributed wild ungulate. It has a characteristic white underside to its tail which it raises when alarmed to warn the predator that it has been detected. 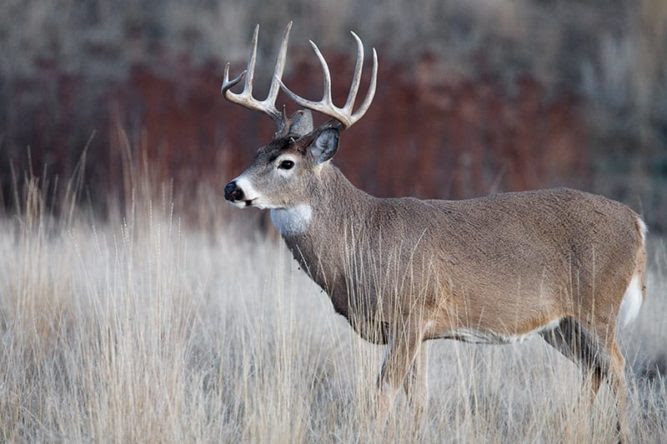 The Coues deer (pronounced “Cows” not “Cooz”) are called elfin deer, small, standing 32-34 inches at the shoulder, seldom exceeding 100 lbs. They are a subspecies of white-tailed deer. They favor elevations of 3500 to 9000 ft. Their large ears help to dissipate heat during hot summer months. Their breeding is timed to the monsoons so that June-born fawns have plenty of nutritious vegetation growth. 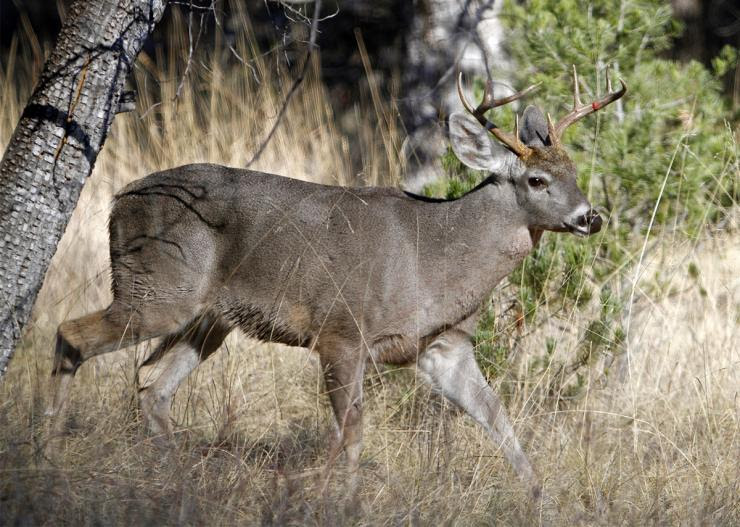 The pronghorn lives on open plains and grasslands. Both sexes have forked horns which are shed each year. Their range is primarily in the north-central portion of AZ with small scattered herds in SE and SW AZ. The Sonoran pronghorn in SW AZ is considered endangered. They are the second-fastest land mammal (the cheetah is #1) with top sustained speeds up to 60 mph. To detect predators they rely on their excellent vision up to 4 miles due to large eyes and 360-degree peripheral field of vision. They are reluctant to jump and will crawl under fences. 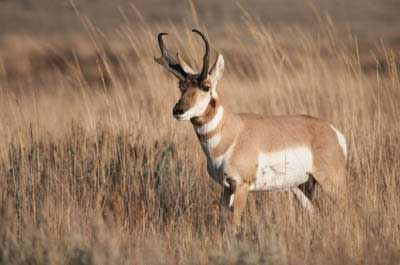 Bighorn sheep favor rocky desert mountain ranges, canyons, and precipitous slopes and cliffs to escape predators. They feed on grasses, mesquite, and agave. They will kick off the top of barrel cactus or butt horns against saguaros to get at tender moist flesh. Both sexes have horns, the male’s are curled and larger. 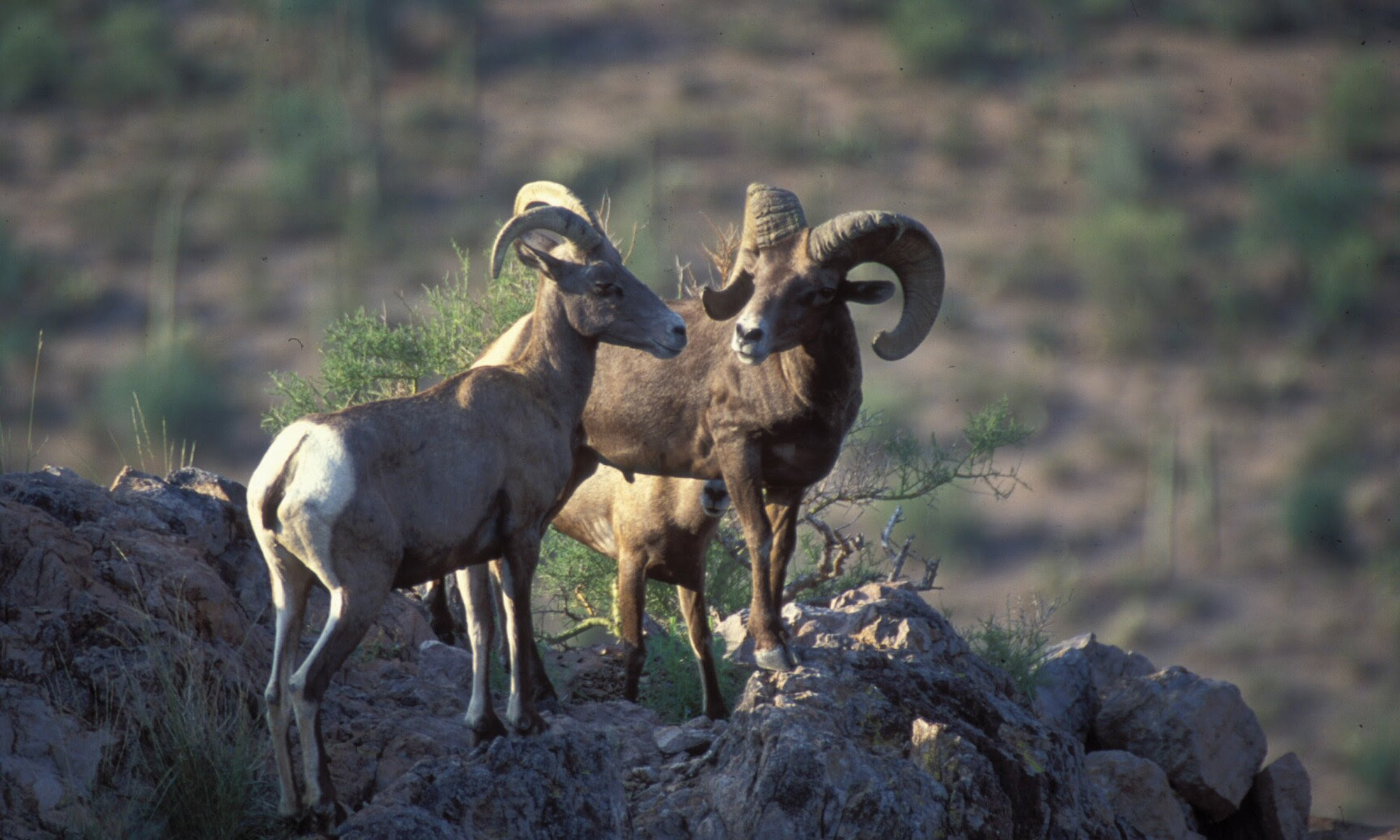 The javelina resembles a small boar, weighing about 40-50 lbs. They have poor eyesight, an acute sense of smell, and long sharp canines (javelin/spear for which they are named). Not many predators other than mountain lions will attack an adult javelina. Babies do fall prey to smaller predators. All members of a herd have a communal smell. They are found throughout AZ favoring saguaro-palo verde areas feeding on mixed shrubs, cacti, tubers, and green vegetation. Twins births are common and babies are called “reds” due to their color. 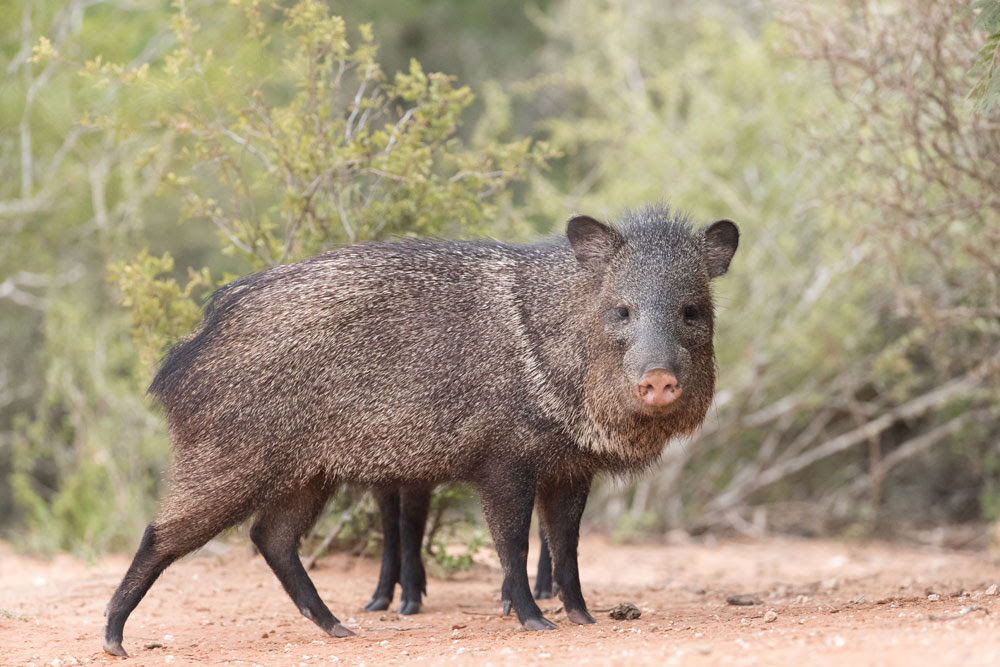 Elk stand up to 4-5 feet at the shoulder and can weigh up to 1100 lbs. Only the males grow antlers which can grow up to 4 ft above their head. They can run 30-40 mph. They are typically found in woodlands such as coniferous, aspen, and pinon-juniper forests. They feed on grasses, woody growths and even mushrooms. They form social herds run by a single female. In AZ they are commonly found in the White Mountains, Mogollon Rim, and Kaibab Forest. 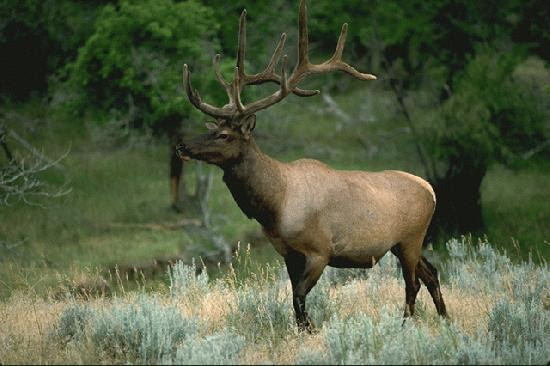 The eBird citizen science app encourages birders to upload photos and details of the birds they see, allowing the sharing across a wider audience than those on our own Instagram accounts. A much wider audience. The data collected from thousands and thousands of nature observers provide comprehensive pictures of bird populations.

This data kicks out cool lists like top birding hotspots by state. Here in Arizona, these places all offer water to migratory and resident birds, attracting large and diverse populations.  All of our natural waterways are birding hotspots. Among the top ten best places to birdwatch in the state, four are urban water treatment facilities where reclamation ponds encourage lush habitats that host robust bird populations.

Another list generated by eBird is Rare Bird Alerts. In the middle week of September birders around the state (mostly in southeastern Az) posted confirmed sightings of six species of hummingbirds, elf owls, painted buntings, Lawrence goldfinches, and a white pelican, among many other rare or unusual species. 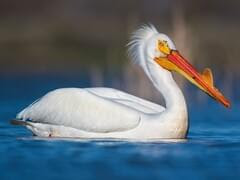 Abundance animation is an eBird animated map that provides an awesome view of migration.  Maps of the North and South American continents pulse with color, spreading waves of migration of a given species – flowing north and then south again, rhythmic as the beating of a heart.  It is fascinating and humbling to see natural phenomenon unfolding through this new prism. 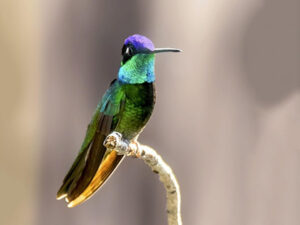 Merlin the Wizard guided Arthur into becoming the Once and Future King. Merlin the Falcon guides all sorts of songbirds into becoming Today’s and Tomorrow’s lunch. Merlins are another member of North America’s falcon hierarchy, slightly bigger than an American kestrel yet smaller than the truly large prairie, peregrine, or gyr falcons.

That “in-between” sizing is a good compromise leading to a successful species: merlins have more force than kestrels without giving up the dart-like agility of a small predator. Lacking the colorful plumage of the kestrel, merlins are very much a bird that you may have already seen without ever noticing. Less a concealing magic trick and more a side effect of being drably colored and pigeon-sized, merlins are under-recognized and certainly deserving of more attention in Arizona’s raptor pantheon. 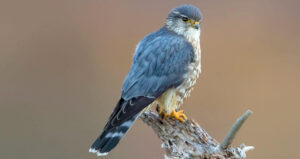 Females and young merlins are a brownish color; mature males molt a distinct bluish-gray coloration on their backs and wings. They are a prolific species throughout North America and beyond, being a well-known bird in Europe as well. Since their primary food source is small birds, and since those birds so frequently cluster around human areas, merlins have readily integrated themselves into suburban living. Merlins can often be seen perched on telephone lines and atop poles, though it takes a careful glance to differentiate them from doves, pigeons, or even kestrels. As befits a bird with a medieval name, merlins are like tiny dragons on the attack; they chase their prey through the air, matching fleeing birds wing-flap for wing-flap until their soon-to-be meal exhausts themselves. Having the stamina to keep up with or even outfly birds is no small feat, especially when you consider the most famous falcon in the world usually declines to do so. The peregrine falcon takes its prey from an extreme dive, letting gravity and its streamlined contours transform it into a living missile. Actually chasing prey is something else entirely, requiring a great deal of strength, energy, and determination. For merlins, tackling this challenge head-on reveals just how much fierceness is packed into their tiny feathered forms.

Merlins boast the features common to all falcons, like a notched beak used for quick kills, and long, tapered wings designed for extreme acrobatics at high speeds. Unfortunately, they also share a very sad recent history. Merlins, like their larger falcon cousins and other birds of prey, suffered dearly due to DDT usage in the middle of the twentieth century. DDT, a pesticide, was designed to protect crops from marauding insects. Unfortunately, small birds ate the poisoned insects, and larger birds ate them. While a single dose wasn’t necessarily fatal, over time, extreme levels of DDT worked their way up the food chain, accumulating in predators and spelling their doom. The merlin, a bird whose diet is dominated by both small birds and large insects, was especially affected. It remains a testament to the combined powers of conservation group outreach and government cooperation that species that might have vanished were saved from that tragic fate.

Whenever an animal gets a second chance, humanity does as well, namely a new opportunity to appreciate something that could have been lost forever. So the next time you drive through your neighborhood, no matter where in the country you live, take a closer look at the myriad of birds perched on the phone lines. Amongst the mundane, you might see something magical.

“Everyone can help make a difference” says Topher Jones, 13 years old.
It doesn’t matter who you are or where you live, you can help nurture nature.  This is the third and final poster* in a series to show that wildlife is everywhere.  We’ve explored wildlife in the suburbs, the city and now you can explore wildlife in the country. 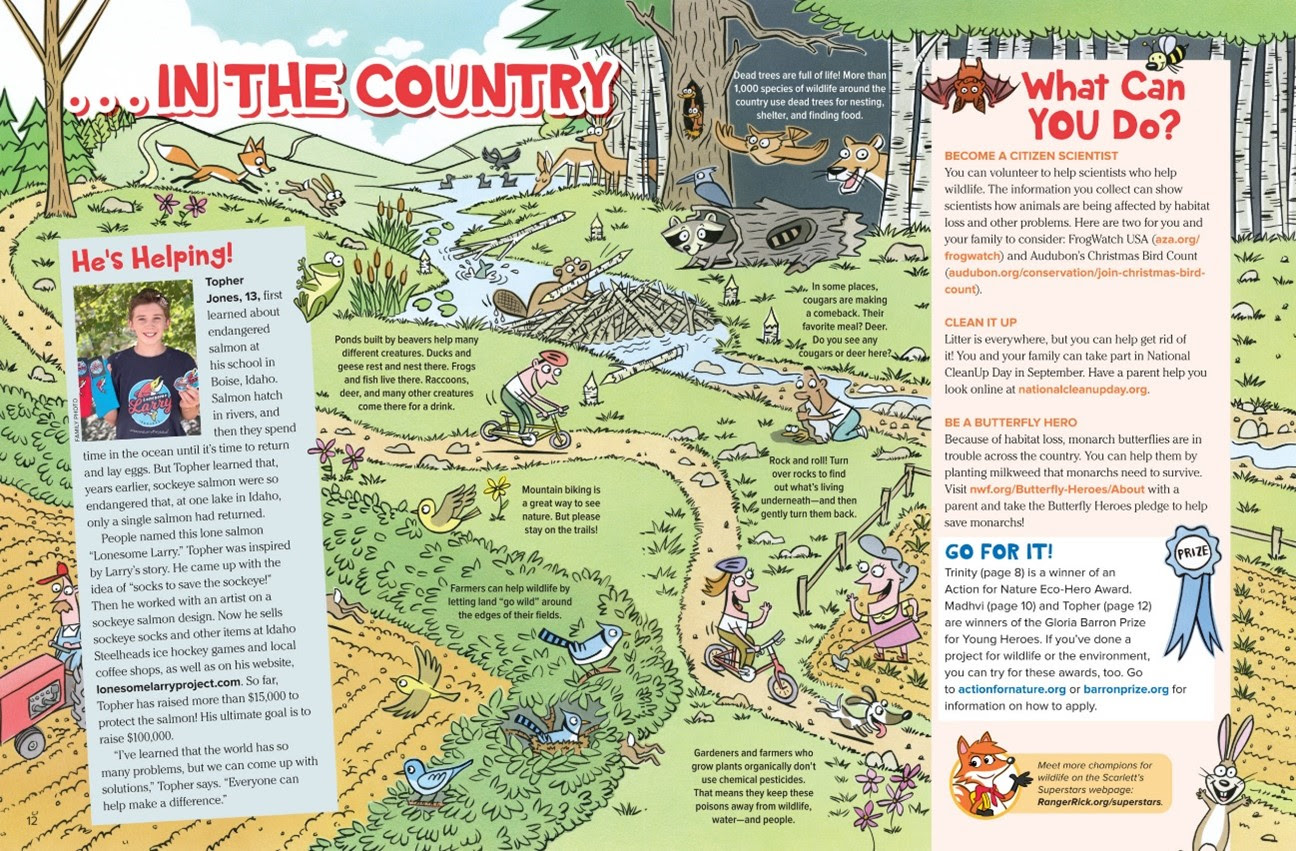 Topher Jones had an idea he could help sockeye salmon that were on the endangered species list.  Read his story on the poster.  He says, “I’ve learned that the world has so many problems, but we can come up with solutions.  Everyone can help make a difference.”

Poster Connections:
•    Be a citizen scientist and report habitat conditions to scientists.   www.aza.org/frogwatch
•    Be a butterfly hero!  Help save monarchs and nurture other butterflies. https://www.nwf.org/Butterfly-Heroes/Heroes
•    This website recognizes young people ages 8 to 16 who have taken personal action for nature. https://actionfornature.org/ 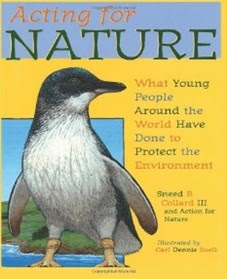 Read some amazing stories of 15 young people who acted when they saw environmental problems in their communities.
https://actionfornature.org/take-action/our-book-acting-for-nature

•    Get into the action!  If you’ve done a project for wildlife or the environment or have an idea, look at these action hero award winners on this website!  They have a ton of ideas that might inspire you.  https://barronprize.org/meet-the-winners/2021-winners/
These two action heroes who created “The Cleanup Kids” look excited!
“We’ve learned that our voices matter and so do our actions,” say Ella and Cash. “We’ve also learned that people do care. They want a more sustainable life but often just don’t know where to start. We want to be lights to be followed and leaders to be heard.” 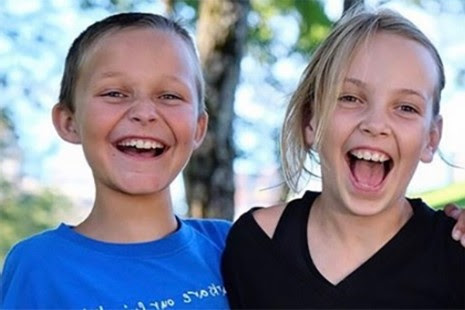