It’s printed on every Arizona souvenir shop tchotchke: “It’s a dry heat!” Arizona is well-known for its scorching temperatures and cloudless skies. While long time residents may be well-adjusted, the state is annually faced with an uptick in wildfires. From May to the monsoon season, the state’s windy, hot, and dry conditions set the stage for a series of devastating fires. As Arizona struggles to fully escape its decade-long drought, its residents, human and otherwise, are faced with potentially worsening wildfire seasons. 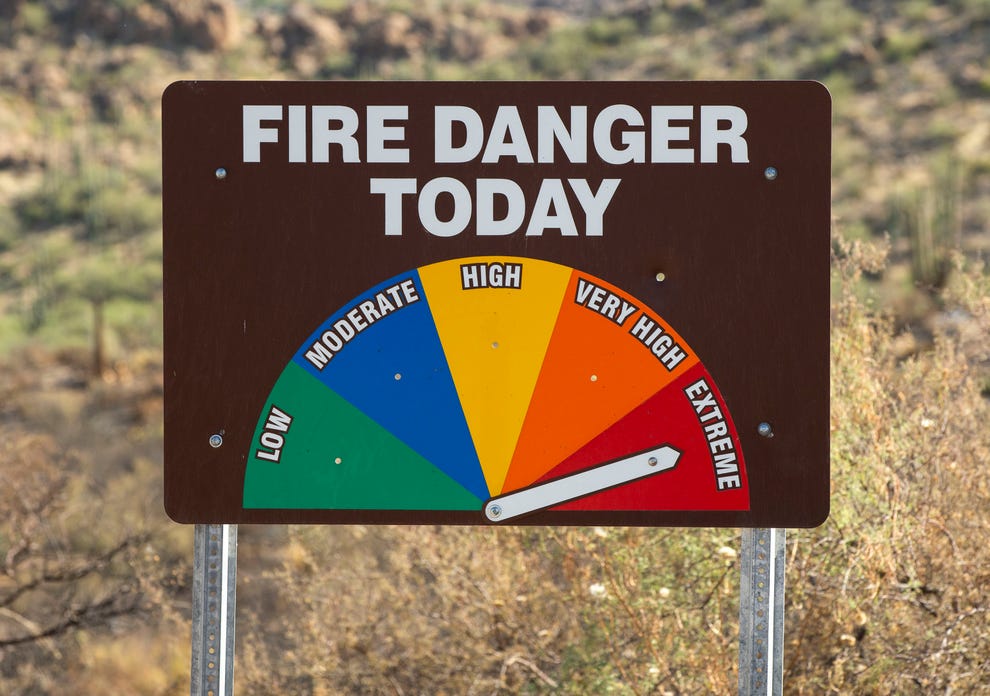 Different animals are affected differently. Arizona’s birds and large mammals are resilient and used to navigating uncertain terrain. Mammals like bighorn sheep, bears, and deer are skilled at escaping the blaze. Most birds can, well, fly away. Many are on the move at the first smell of smoke, far before the flames actually make an appearance. Some small mammals may also hunker underground and attempt to wait out the fire. The most at-risk are juveniles that may be abandoned or unable to escape. Still, most large mammals and birds are capable of dodging the worst of the fires. 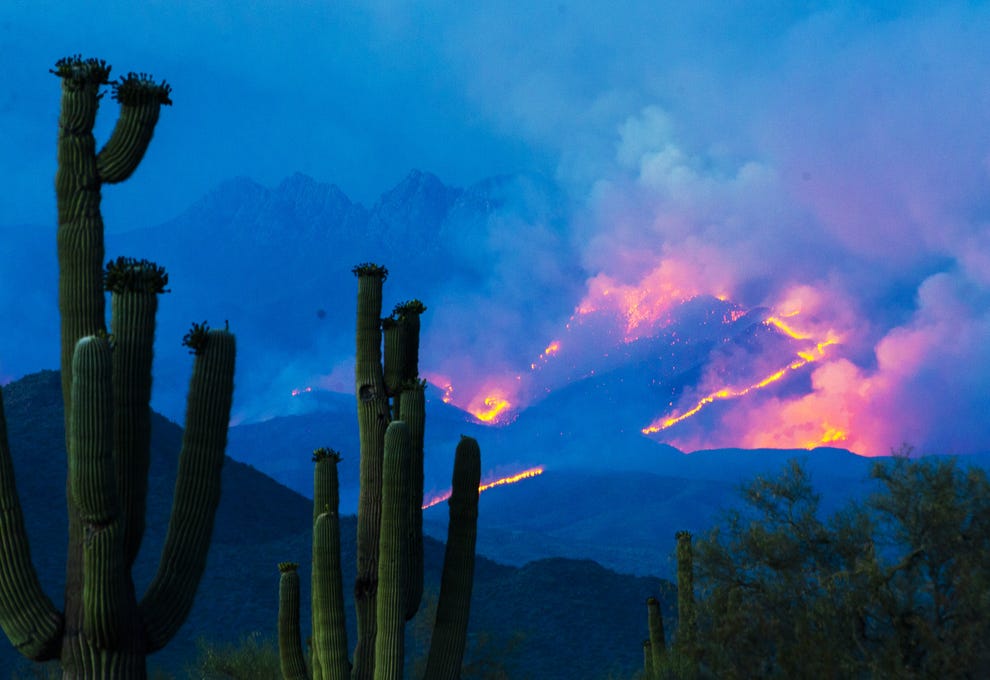 Other animals have it a bit harder. Some amphibians and reptiles, like the Sonoran Desert tortoise, are too slow to outrun the fast-moving flames. Luckily, some may find shelter underground. In fact, many species of toad are still underground waiting for the monsoon rains. Amphibians and fish are at risk after the fires are contained. Populations of brown trout and other native species were reduced by 90% after the Rodeo-Chediski fire. Monsoon season directly follows wildfire season and results in ash and debris getting washed into our waterways. The sediment can cause severe damage to lakes and streams by lowering water quality and creating a sludge that chokes out aquatic life. The season can be a real threat to these populations that contribute a great deal to the state’s biodiversity and are essential to desert ecosystems. 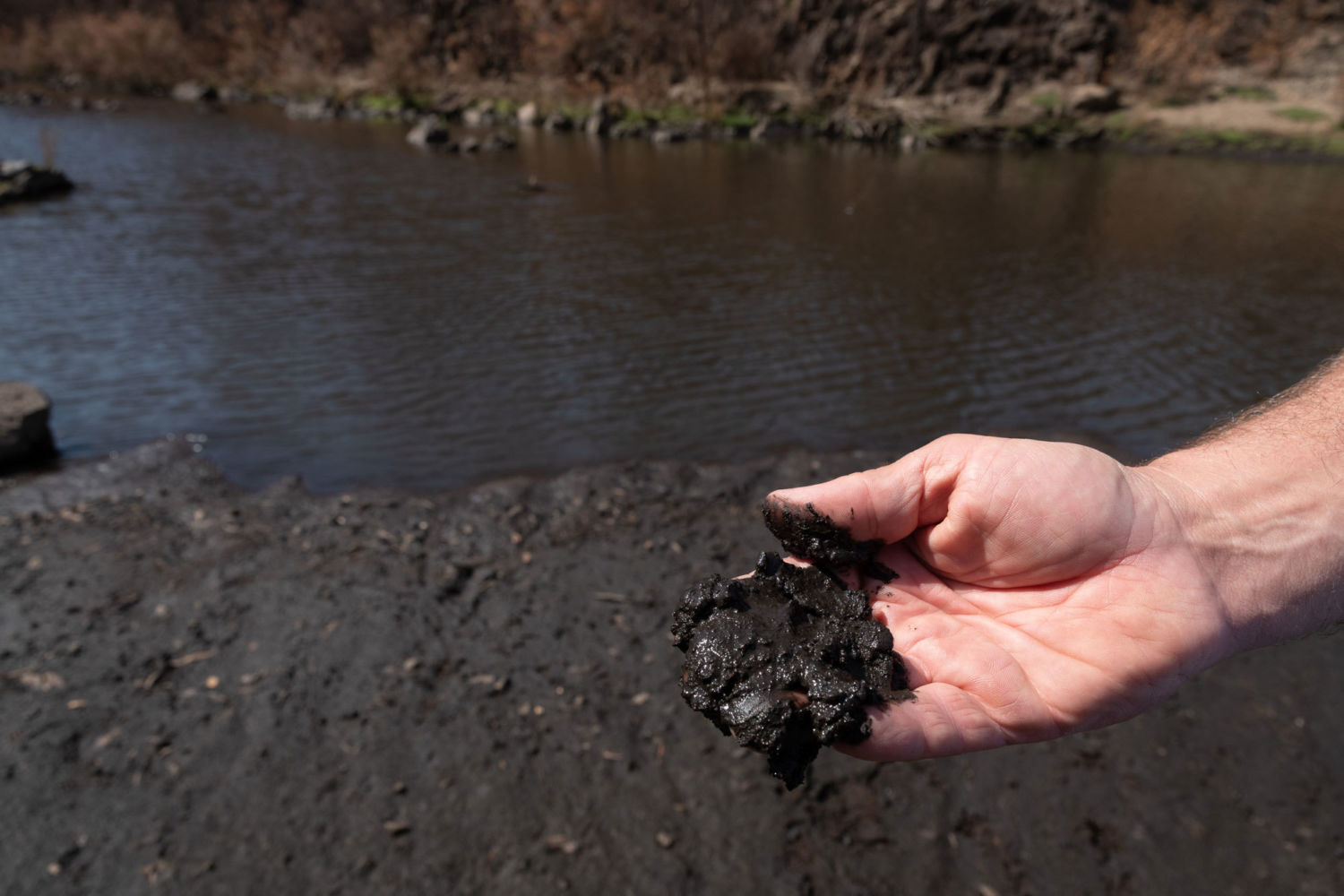 One of the most notable impacts is habitat loss. Many species already feel the pressures of habitat loss as a result of activities like logging, mining, and development. Wildfires displace whole populations and can collapse entire ecosystems. Species may be limited to smaller and less habitable areas. This results in dwindling resources and poor rearing conditions. Increased pressures on natural resources may also make it more difficult for necessary post-fire regrowth to happen. Fires may also drive wildlife to urban areas. Severe wildfires bring with them an increased presence of wildlife on roadways and in neighborhoods. Be prepared and aware as these animals are temporarily displaced or are actively seeking new territories and water sources.

Wildfires aren’t a human invention, but they have been exacerbated by a century of fire suppression practices and poor fire safety education. These factors, coupled with increasingly extreme heat and drought, have led to some of the worst wildfires in the state’s recorded history occurring over the past decade. The three major fires of this year’s season—the Bighorn fire, the Bush fire, and the Mangum fire—have burnt an area bigger than Washington DC, San Francisco, Baltimore, Chicago, Miami, Minneapolis and Manhattan combined. Wildfires are a reality of the world we live in. Still, we all can practice fire safety and be mindful of how our actions affect our environment. We all feel the effects of wildfires, and it’s important that we support fire response teams as well as the wildlife being impacted by the season. Remember: only you can prevent wildfires (mostly).

This week, I measured the amount of water I run down the drain while warming the water for my shower. It took 3.5 gallons to reach my desired temperature. Yes, I collected that water in buckets, and yes, I used that water elsewhere in the house and yard. Now it’s your turn! Try for yourself and see how much water you could save by cutting down on your water usage. 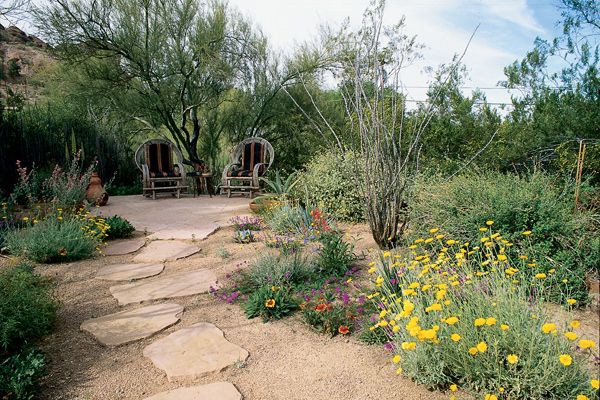 Here are some ways to conserve water in your garden:

MAKE IT PERSONAL AND BE PART OF THE SOLUTION!

Do Grackles Raise your Hackles?

The Great-tailed grackle swaggers, he lopes across the grass, he clusters in tall trees with cohorts and creates a din; whistling, shrieking and clacking. He flies low over traffic on a busy street, he perches on the school yard fence with his neck stretched long and utters an ear-splitting screech like a rusty hinge creaking. 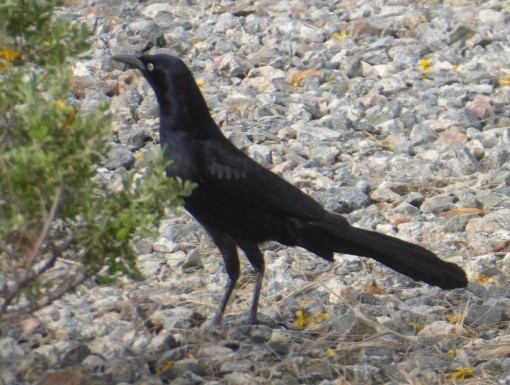 Unmistakably large, with jet black feathers and a long keel-like tail, the grackle is brassy and bold.  The female is smaller and browner, and her tail isn’t quite so impressive, but both she and her mate have the same bright gold quarrelsome eye. (Juveniles can be identified by their darker colored eyes.) 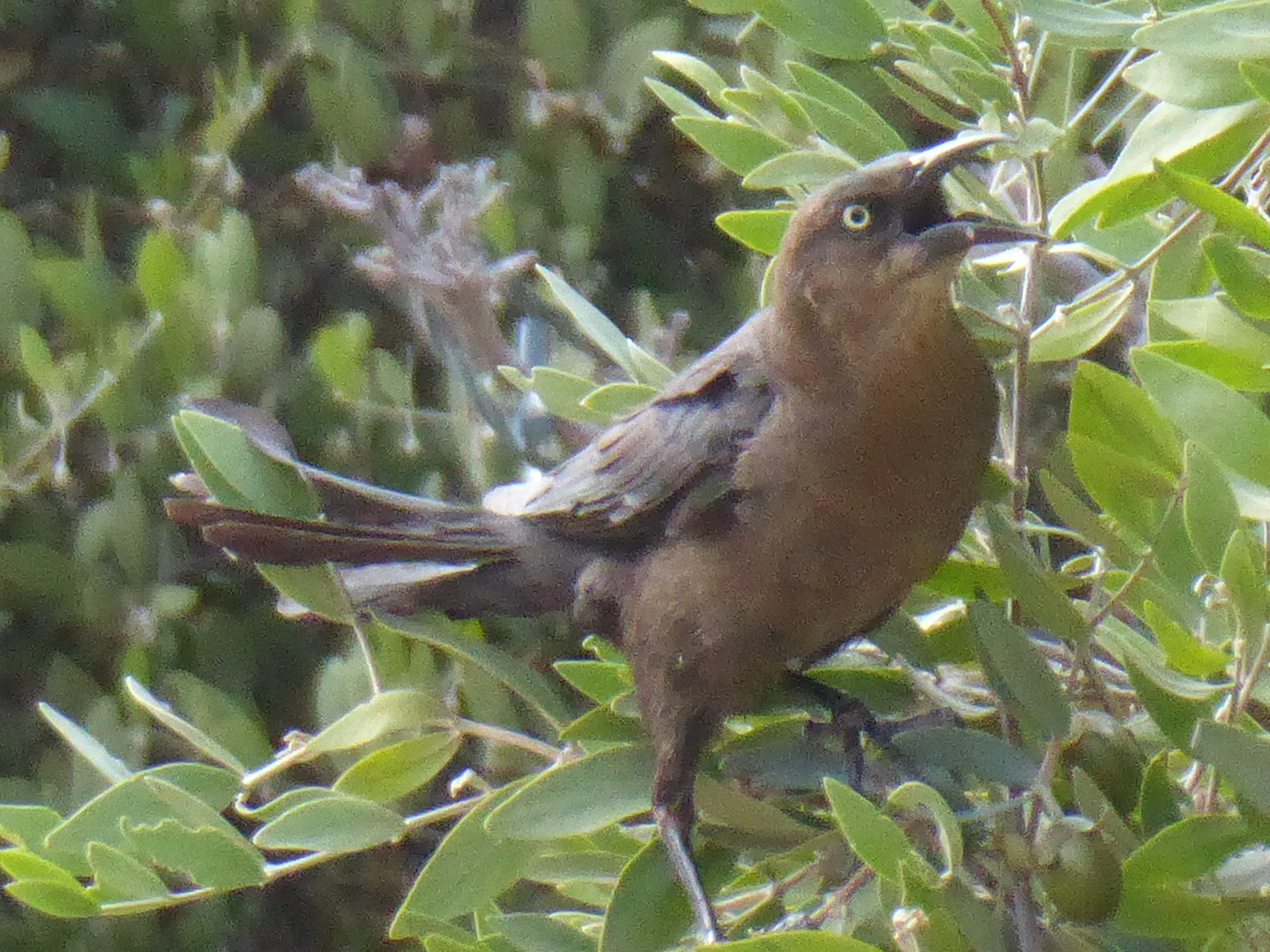 The pairing of a couple of grackles may be a fleeting affair as grackles often take more than one mate. The male has no part in feeding the rambunctious young but defends his chicks with zeal. The female feeds the hatchlings and eventually teaches them to find food. She brings her gaping babies plant materials such as berries and grains, various insects and small lizards, small fish and aquatic invertebrates as well as the eggs and young of other birds. This is not a species that everyone admires!

Great-tailed grackles thrive in habitats created with irrigation and urbanization. The grackles in my neighborhood favor Ficus trees, and a noisy flock revels in the tall shrubby growth of the neighbor’s grove. Recently, a dramatic confrontation broke out between a trio of mockingbirds in combat mode and three female grackles lurking with menace near the mocker’s nest. Such an uproar ensued before the mockingbirds drove the intruders away.

For those who feel annoyed about the omnipresence of these aggressive birds, ponder the words of famed biologist E.O. Wilson, “When we observe and interact with other animals, we become aware of similarities. Creatures have a drive to exist. Each is unique. Every creature has its own unrepeatable life journey, each day of which is full of opportunities and risks.”

Did you enjoy the story? Gail blogs about Sonoran Desert Wildlife at Letsgolookout.com. Check it out!

Fire can be helpful to nature and to the health of forests and grasslands. When it gets out of control, it is a wildfire and needs to be stopped. Fires in the forest are not easy to find. Long ago people had to climb trees to search for fires. Later they built towers to help them see very far above the treetops. Firefighters and forest rangers work to stop forest fires. Here’s the story! https://www.youtube.com/watch?v=os_ilvt_otc

Fill in blanks and create a silly story about YOU in a forest.

We can all use water wisely. This poster has some ideas to help you save water where you live.

Make this rain gauge to measure the monsoon storms.

Can’t wait for rain to happen? Make your own rain with this experiment.