Arizona rivers have always fascinated me. Where are the headwaters? Where do they join other rivers? How have they changed the landscape, history, and lives of desert dwellers ? How are they threatened?  And, by the way, how did they get their names? Over the next few months, you and I are going to the library to search for the answers to these questions. 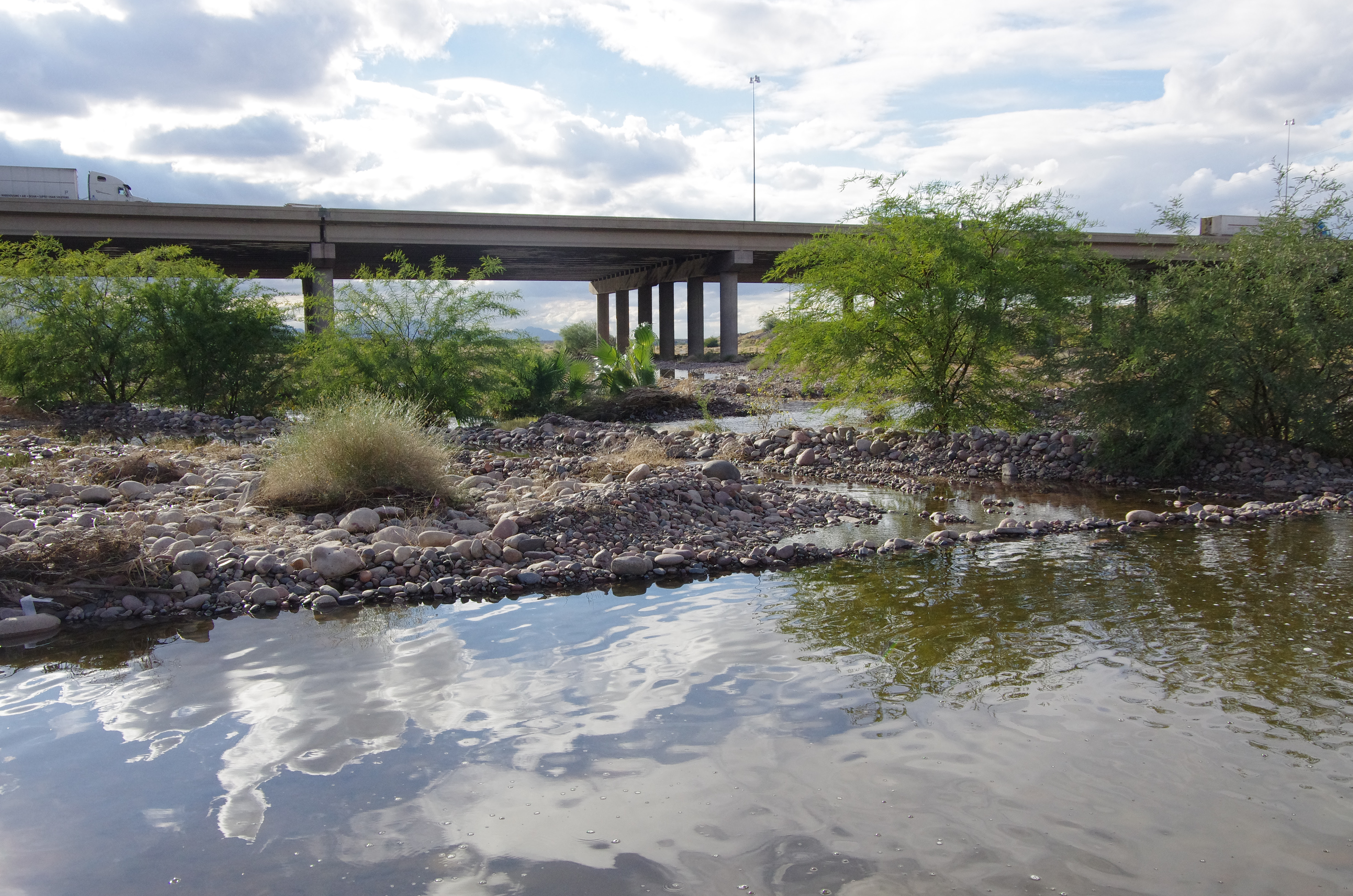 The Salt River was named by that tireless explorer, Fr. Kino, in 1698 as Rio Salado (Salt River) for the saline beds and salt banks over which it flowed near Globe and the Salt River Canyon. It was then a perennial stream.  The river has also been called:  Rio de las Balsas, Rio Azul, Salinas, St. John, Salada, and Rio de la Asuncion.

The headwaters are in the White Mountains where The Black River and the White River converge.  It continues downstream and westward for 80 miles to meet the Gila River west of Phoenix, just before the Aqua Fria River.  An interesting fact:  Not far southeast from the Salt and Gila’s junction is the point on Monument Hill from which nearly all of Arizona’s land measurements begin.  It is the Gila and Salt River Base and Meridian point – where the Base Line and Meridian intersect.

The Salt’s major tributaries are the White & Black Rivers, Tonto Creek (which now flows into Roosevelt Lake), and Verde River (junction near Ft. McDowell).  Along the way, this once-free-flowing river has been divided by dams into a chain of lakes:  Roosevelt, Apache, Canyon, Saguaro, and Tempe Town Lake.  The Bartlett Dam on the Verde created Bartlett Lake.

It has been a desert oasis and source of life for humans much longer than recorded history. Several different Native American populations used the Salt River and Valley, developing sophisticated irrigation systems, some of which are still being used in our urban setting!

Mammal wildlife is abundant including beaver, river otter, muskrat, deer, javalina, mountain lion, and bobcat to name a few.  It is a migratory pathway and necessary refueling stop for countless passerines and water birds, many of which will over-winter here.  It is also an important breeding and nesting area for our endangered Desert Nesting Bald Eagle.

Current threats are agriculture and urban water usage, overgrazing, mining, recreation, and introduction of invasive plants & marine species.  Please take the time to review past Nature News articles on invasives and trash in our waterways.  Rediscover how you can help.

“We live in an oasis culture; if and when the pumps go dry we will all return to the desert’s “basic laws of abstinence and endurance.” – Bruce Babbitt, 1980, Where Water Flows – The Rivers of Arizona, by Lawrence Clark Powell.”

Sources:  Where Water Flows (as above noted) and Changing Rivers:  How People Have Affected The Rivers – Water Resources Research Center, College of Agriculture, The University of Arizona, March 1997

What It’s Like to Be a Bird – A Review

Have you heard about David Allen Sibley’s newest book, What It’s Like to Be A Bird? This is an epiphany of a book, a masterpiece of art and deep knowledge of birds. I learned so much about our avian friends in these beautiful pages, many facets that I’ve never even wondered about. 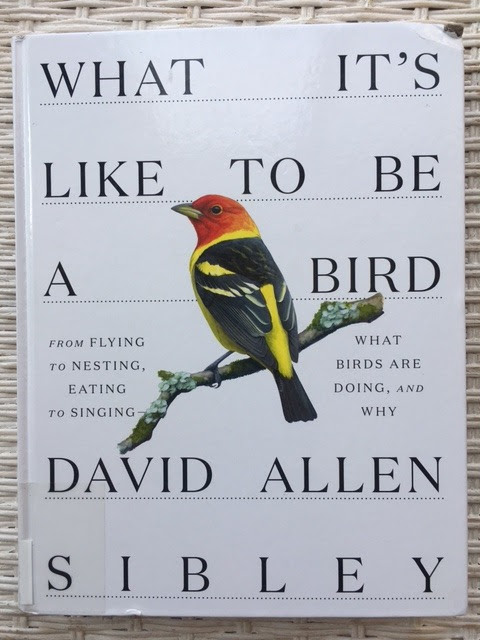 Sibley is an amazing artist of course, and his awareness of bird anatomy informs the sketches and watercolors that bring life to the pages. Each featured bird is shown as close to actual size as possible, and always in dramatic poses.  Short essays paired with the visuals reveal fascinating details about the inner workings of bird anatomy, habits and social life. 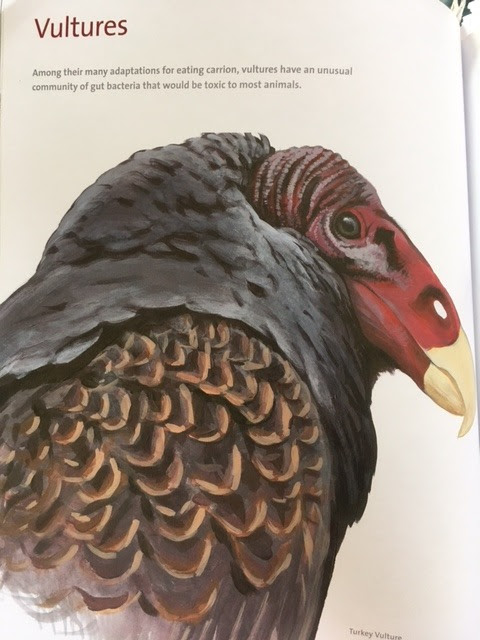 One short essay describes the muscles that power flight.  Large downstroke muscles located at a bird’s breast pull the wings down, while upstroke muscles come over the shoulder and attach to the top of the wing, working like a pulley. He describes in another blurb how the bulk of a bird, including these muscles, are located directly under the wings.  This weight balance allows flight. Try this, Sibley urges, by taping a penny to a paper airplane.  There is only one location for that coin if you want to see it fly.

Sibley extolls the intelligence of pigeons and points out that “Pigeons understand concepts like the difference between water in droplets, puddles, or lakes, and have been trained to distinguish impressionist art from other styles, and to read mammograms as well as a human can. Pigeons’ success in cities around the world requires cleverness and innovation, both signs of intelligence.”

Have you ever wondered how a hummingbird actually laps up nectar with its tongue? According to Sibley, remarkable details have recently been discovered about this. He writes, “The tip of the tongue is forked and each fork has a fringe that forms a flexible tube designed to hold liquid. The fringe spreads out when it is submerged in nectar, and wraps securely around a drop of nectar as it is pulled back into the bill.”

This book covers an incredible range of information, all in easy-to-digest bits. Understand the evolution of birds from dinosaurs, how the structure of feathers continues to inform human engineering, and the navigational abilities and memory of jays who keep track of thousands of hiding places. Sibley describes the inner workings of birds in simple and compelling language.

A common theme in this book that I want every person I know to own, is the impacts of climate change on birds. Changes in weather and habitats will affect all species and Sibley points out which among them is most vulnerable and which are poised to adapt.

What on Earth? Month

Earth Month is about bringing awareness to our relationship with the planet. Our impacts can range from pollution, altering the landscape, wildlife interactions, climate change, soil erosion, and much more. In this newsletter, I want to focus on how our urban lifestyles affect the Sonoran Desert landscape and how this landscape change affects wildlife.

Phoenix is a relatively young city. The population of the area in the 1930’s was less than Denver, Colorado’s, but now the Phoenix metropolitan area is experiencing some of the fastest population growth in America. For decades people have moved here for the perfect winters, unique landscape, and job opportunities. Human migration has resulted in mass urbanization in the valley and evaluation of how this affects the Sonoran landscape and its wildlife is important. 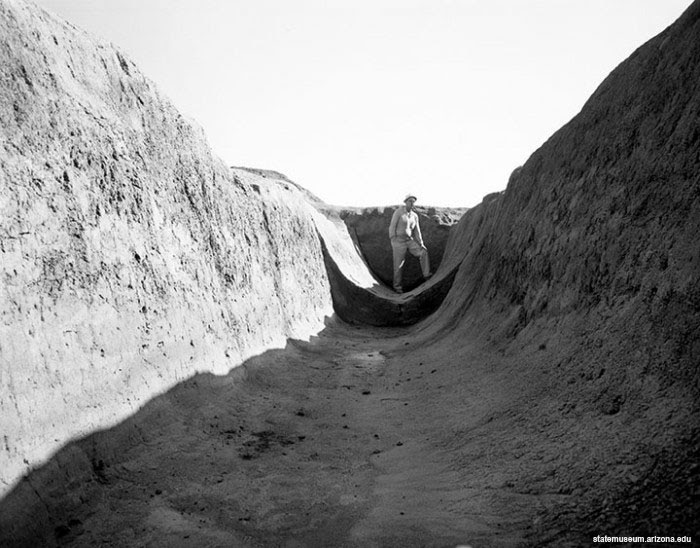 Before American settlers came to the valley, the Hohokam people originally inhabited the area. The Hohokam created canals and American settlers rediscovered them utilizing them for agriculture. In time, the replacement of natural landscapes with commercial buildings, housing, and roads, has consequently supported the loss of native plants and animal species. This fast-paced landscape alteration doesn’t make time for native species to adapt to the new environment. Declines in bird populations in the southwest desert is happening now because of change in vegetation, climate change, and urbanization. When an ecosystem is altered it may no longer provide food, water, and shelter wildlife needs to survive. Almost all bird species have declined in abundance in the area and most of these birds are species known to be sensitive to urbanization.

What are locals in the area doing to help these declining bird populations? Homeowners and local gardening organizations are creating desert-like landscaping on their own land to provide natural habitats for wildlife. Reverting to what the natural desert ecosystems would provide to support native wildlife. The Urban Forestry pillar in the Arizona Sustainability Alliance plants trees in the valley and educates the public on the importance of urban forestry. Liberty Wildlife and other rehabilitators in the state are working to nurture Arizona’s wildlife and spread awareness about conservation through education and services to the community.

It has never been more important to live in harmony with what is left of our wildlife and natural spaces. By integrating sustainability into our decisions, we can protect, restore, and preserve valuable habitats for wildlife here in the desert and around the world.

What will you do for the earth this month? 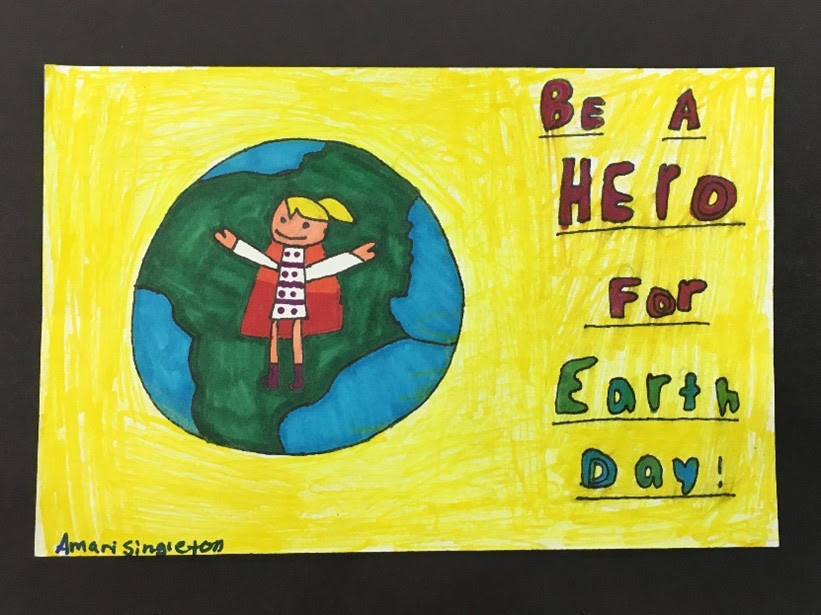 Kid Stuff has gathered crafts, poems, read-aloud books, and family activities to share with everyone! 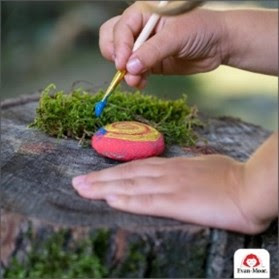 Painting Stones: Find some medium-sized, flat rocks in your yard or outdoors, and paint fun designs on them! These can also make for great paperweights and decorations (or Mother’s and Father’s Day presents.) 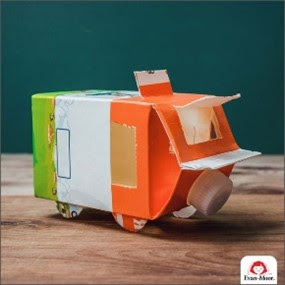 Make Recycled Art: Gather materials like milk jugs, soda cans, water bottles, recycled paper, paper towel rolls, and any other recyclable materials. Use your imagination to create art out of it. 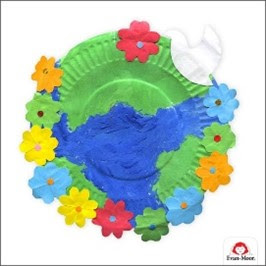 Paper Plates and Paint: Using a paper plate, paint, or colored construction paper, create a replica of Earth! You can also add details like labelling continents, oceans, or adding tiny little people to the planet. Hang them from your ceiling to celebrate this important day.

A poem for Earth Day from Arjun
I am only a kid. I really like to write poems, and I thought I’d make a nice little poem about nature for our school magazine. It’s one of my best poems. Thanks for reading this poem!
© Arjun

Let’s Preserve Our Nature
The sun is shining,
The sky is blue,
The birds are flying,
And the breeze is so cool.
Mother Nature is trying her best
To give nothing but beautifulness,
But what do we do?
Make her a mess.
Let’s make her the best
By polluting less and less,
And preserve her green dress
For our kids and the rest.

Earth Day is every year on April 22nd, a day to bring awareness to environmental protection. We can each do small things to make the Earth beautiful and protect its natural resources.

Do something as a family that helps the Earth.
•    Plant a tree or some flowers
•    Recycle old bottles, cans, and newspapers
•    Pick up trash along the road
•    Eat your meal by candlelight tonight instead of using electricity
•    Use your own bags at the grocery store instead of plastic ones
•    Don’t let the faucet run while brushing your teeth
•    Make a craft out of recycled materials 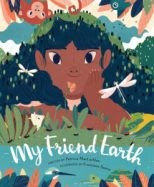 My Friend Earth by Patricia MacLachlan, illustrated by Francesca Sanna:
Check out this award winning read aloud book for ages 3-5, which teaches kids all about our earth, climate change, and how we can make a positive difference. 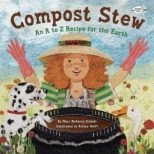 Compost Stew: An A to Z Recipe for the Earth by Mary McKenna Siddals:
Learn all about how composting helps the planet, and how to make your own compost at home.

Here is a link to a fun quiz about Earth Day.
https://kids.nationalgeographic.com/games/quizzes/article/earth-day-quiz-whiz

This link has ideas on easy ways to save the earth from habitat destruction.