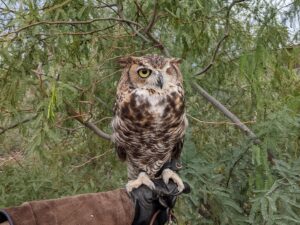 Ada was found on the ground and brought to Liberty Wildlife displaying a severely damaged left eye.  Because she had no experience hunting, it was determined her chances of survival in the wild were diminished so she was not a candidate for release.