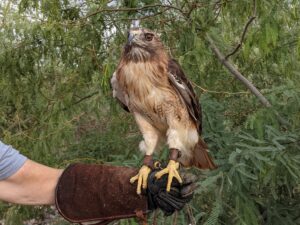 Bagherra was transferred to Liberty Wildlife from a local falconer who requested that Bagherra be allowed to enjoy his retirement from hunting and to join the ranks of our ambassadors at Liberty.