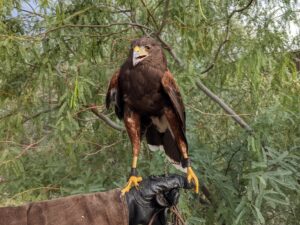 Tristan arrived at Liberty Wildlife as an adult. He was found to have a gunshot wound and partially amputated right wing.  He no longer had the ability to fly, classifying him as non-releasable.